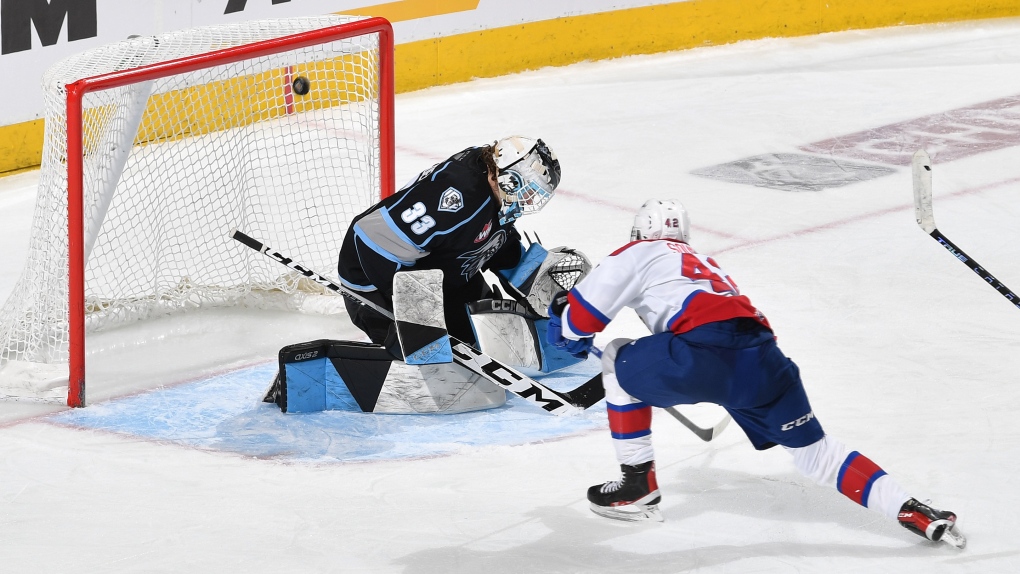 Justin Sourdif's goal at 8:03 of overtime on Monday ended a roller-coaster night of emotions and lifted the Edmonton Oil Kings to a 4-3 Western Hockey League playoff win against the Winnipeg ICE in Edmonton on May 23, 2022. (Source: Twitter/Edmonton Oil Kings)
EDMONTON -

Justin Sourdif's goal at 8:03 of overtime on Monday ended a roller-coaster night of emotions and lifted the Edmonton Oil Kings to a 4-3 Western Hockey League playoff win against the Winnipeg ICE in the Alberta capital.

The ICE scored at 16:14 of the third period to take a 3-2 lead and appeared set to grab a 2-1 series lead in the Eastern Conference Final. But a goal by Edmonton's Jalen Luypen at 18:42 forced the overtime session.

Edmonton won the first game of the series in Winnipeg 5-4 and the ICE bounced back in Game 2 with a 5-1 win.

Game 4 in the series is Wednesday in Edmonton.

This report by The Canadian Press was first published May 23, 2022