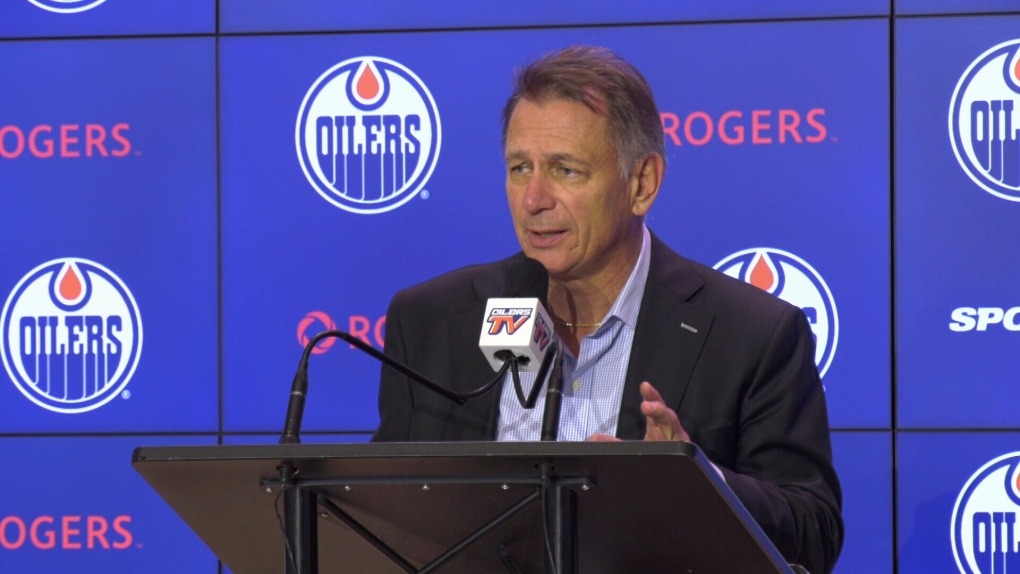 EDMONTON -- Edmonton Oilers general manager Ken Holland believes all is not lost when it comes to the 2019-20 NHL season.

He thinks the NHL will get back on track and crown a Stanley Cup champion despite the ongoing suspension due to the COVID-19 virus.

"The hope is that we're going to be able to pick up and conclude the regular season in some degree and play some Stanley Cup playoffs," said Holland on Tuesday.

The Oilers were in prime position to make the playoffs before COVID-19 stopped the season with just 11 games remaining for Edmonton.

“I think everybody was excited to see what we could accomplish,” said Holland, who was also asked about reports that the NHL is considering potential playoff scenarios at neutral sites which haven’t been hit hard by the pandemic.

Holland also revealed he hopes to get former Oiler Anton Slepyshev back in Edmonton. The winger recorded 45 points in 54 games playing for CSKA Moscow this season.