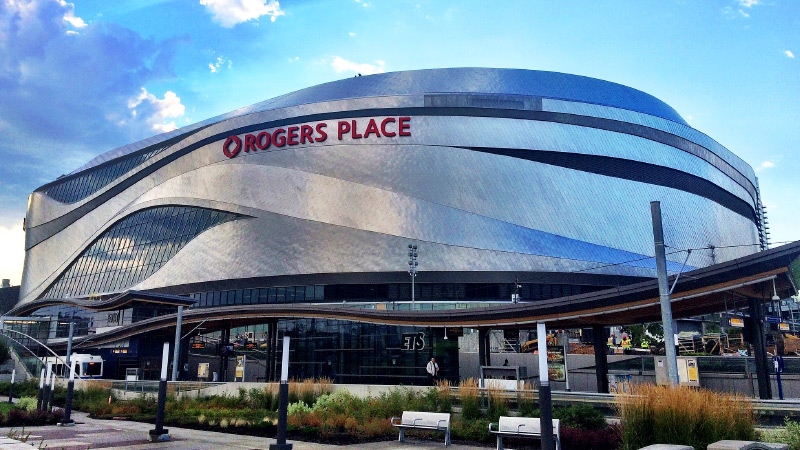 After yet another losing season, the Edmonton Oilers have announced a bevy of rare in-game promotions for the 2019-20 season.

The promotional nights will take effect at home games on Thursdays, Fridays, Saturdays and Sundays throughout the regular season on Oct. 2 against the Vancouver Canucks.

Thirsty Thursdays will let drinking-age fans buy $5 cans of Molson Canadian and Coors Light – but only until the end of the first intermission.

Fans will be able to get a look at the team’s striking new third jerseys in action at Friday home games for Third Jersey Fridays. The Oilers will play 10 games throughout the season wearing the third jerseys, which drop the traditional white in favour of a blue jersey with an orange logo and trim.

On Super/Split Saturdays, the traditional 50/50 draw gets supersized. Fans will get the chance to win even bigger payouts from 60/40 up to 70/30 splits.

Finally, Send-Off Sundays will award one fan with a trip for two to see the Oilers battle that night’s rival in their home rink later in the season.

The 2019-20 season will feature other special nights, including a Remembrance Day ceremony for the Friday, Nov. 8 game against New Jersey, an annual Hockey Fights Cancer game on Nov. 16 against Dallas and the annual Shirts Off Our Backs game Dec. 6 against the Los Angeles Kings.

Despite boasting an impressive roster of young talent led by Hart Trophy and Art Ross trophy winner Connor McDavid, the Oilers have only managed to make the playoffs once in the last 13 seasons.