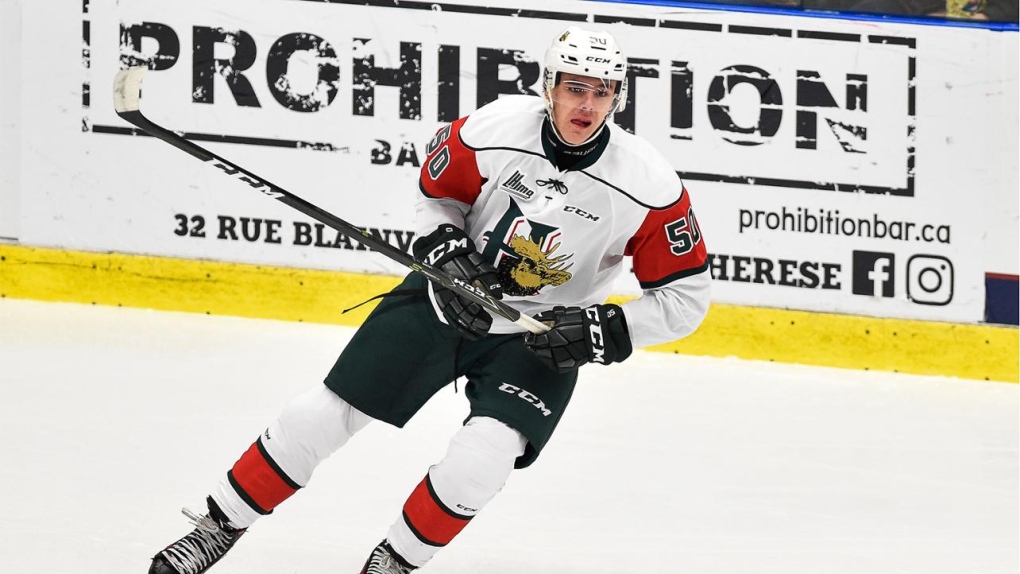 Raphael Lavoie was one of two cuts made by the Oilers from its main training camp on Sept. 15, 2019. The forward will be going to the Halifax Mooseheads of the Quebec Major Junior Hockey League. (Source: NHL.com)

The Edmonton Oilers trimmed the training camp roster to 52 players on Sunday after sending two of its prospects back to junior teams.

Forward Raphael Lavoie has been assigned to the Halifax Mooseheads of the Quebec Major Junior Hockey League, while goalie Olivier Rodrigue will join the Moncton Wildcats, also of the QMJHL.

Lavoie was the Oilers’ second-round pick in the 2019 NHL Entry Draft.

Rodrigue was the team’s second-round pick in 2018.

The Oilers kick off the preseason on Monday when they host the Winnipeg Jets.