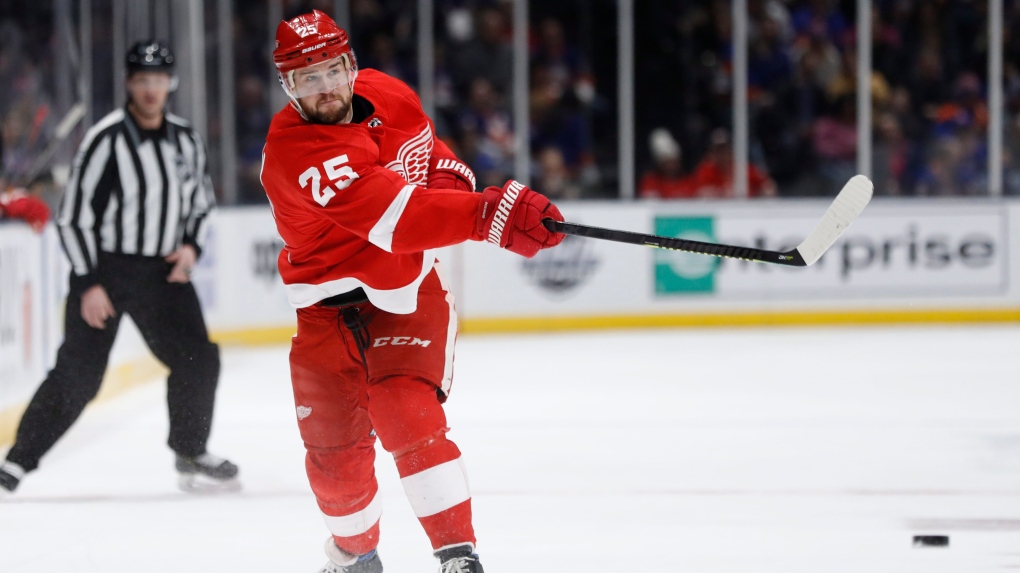 EDMONTON -- The Edmonton Oilers made a deal with the Detroit Red Wings Sunday night ahead of Monday's trade deadline.

The Oilers brought in veteran defenceman Mike Green in exchange for injured forward Kyle Brodziak and a conditional draft pick in either 2020 or 2021, according to the team.

The pick will be a fourth-round pick in 2020, and will become a 2021 third-round pick if Edmonton gets to the final four and Green plays 50 per cent of the games, according to TSN's Ryan Rishaug.

Green had 11 points in 48 games with the Red Wings.

Detroit will retain 50 per cent of Green’s $5.375-million cap hit, and he agreed to waive a modified no-trade clause to join the Oilers, according to TSN’s Pierre LeBrun.

A Calgary native, Green is reunited with Edmonton General Manager Ken Holland, who signed Green to the Wings ahead of the 2015-2016 season.

A veteran of 878 games, Green is known for his offence, once posting 73 points in 68 games with the Washington Capitals.

With files from TSN.ca