EDMONTON -- As Alberta restaurateurs are forced to weather another round of COVID-19-induced restrictions that currently allow them to serve customers through pickup and delivery only – at least two Edmonton-area restaurants are dealing with another challenge: theft.

Tyler Sorochan has been working to open his new restaurant, Barbacao, in Spruce Grove, Alta., for quite some time.

COVID-19 delayed construction, then new provincial restrictions that suspended the dine-in experience caused Sorochan to send most of his 26 new workers home on their first day.

"It was pretty tough," Sorochan told CTV News Edmonton. "We had to send them all back home that night and kept a very small team." 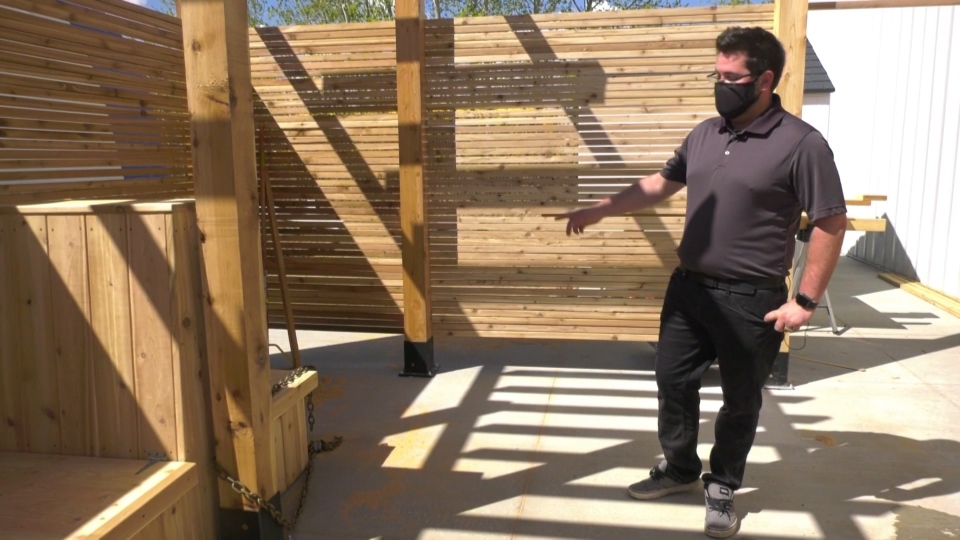 Sorochan was in the process of building a new patio in an effort to make the most of previous provincial guidelines - which still allowed patio dining - but before that was finished the new restrictions came in, disallowing restaurant patio-dining as well.

Then, early Thursday morning, security cameras captured video of a man cutting the chain that was meant to secure a table saw belonging to the carpenter who's building the new patio.

The Spruce Grove restaurant owner said the thief also broke into and damaged a shed that the new restaurant had been using for storage.

"About 30 minutes later somebody else pulled up in a second vehicle and they loaded it up onto the back of the truck and they were gone," he said.

"Given the day of the week too - kind of day one with the new restrictions and then this happened," Campio owner Shaun Caron told CTV News Edmonton. "It’s like getting two blows to the chest on our business."

Security cameras were rolling as the thief spent over two hours walking around the business taking items like electronics, debit machine. Caron says he used the restaurants pallet jack to take as much as he could.

"Kind of saranwrapped everything up so it was tight, so it wouldn't fall out while he was walking it over," said Caron.

An operator error with the security company meant police weren't dispatched, according to Caron.

He says by the time the thief had left over, $10,000 worth of stuff had been stolen.

Still, after everything the local restaurant owner has been through, Caron seems to be taking this latest hurtle in stride.

"We’ll rebound again," he said. "If this year’s taught us anything, it’s just that you have to be hardy, and when stuff happens you're just like, 'OK, that’s something else that just happened,' and figure out how we’re going to move forward."