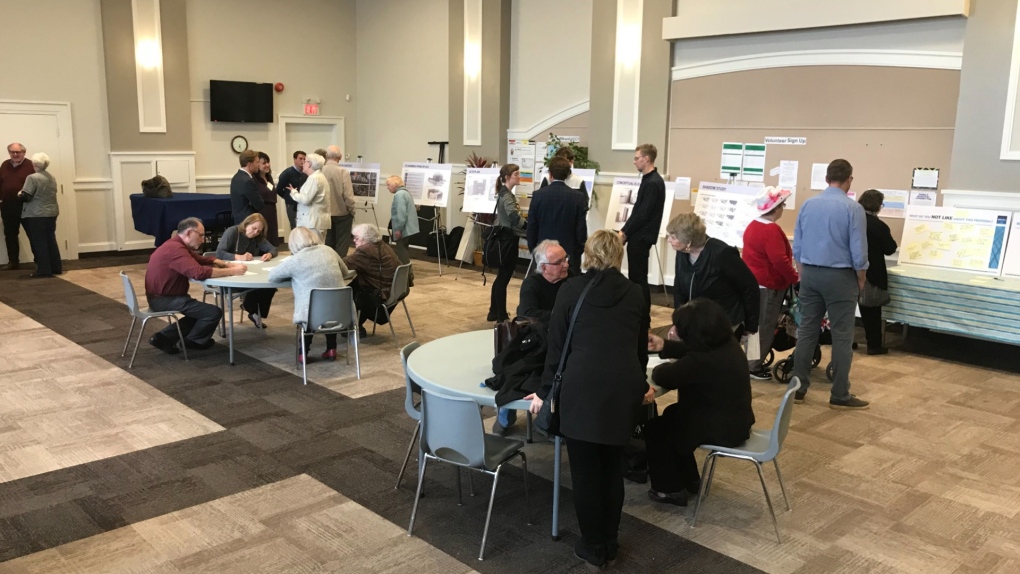 The city is collecting feedback on a proposed 28 to 30 storey residential tower on the northwest corner of 123 Street and Jasper Avenue.

There is already a building on the site, so the project requires rezoning before it can go ahead.

The tower, which would feature room for businesses on the ground floor, got mixed reviews from Oliver residents.

“It’s not like it’s in the middle of the neighbourhood so I think it makes sense in the overall context,” says Oliver resident Daniel Morin. “I think it’ll do a good job of making that street feel more lively.”

One resident says that while she understands that cities need to change, she thinks this is too much, too quick.

“It’s very extreme. Right now there’s nowhere to park, we have major traffic problems and there’s another one (tower) around the corner,” says Paulette Hagel. “I think the city has to consider the residents that are already there as well as the developers.”

Another area resident says he feels the building is out of character for the neighbourhood.

Senior Planner with the City of Edmonton Travis Pawlyk says that they learn a lot from these sessions.

“What’s important to the residents around here, what needs to be changed in the building itself,” says Pawlyk.

“After tonight we’ll formulate it as part of our review impact package to council and then take it to public hearing for a vote.”

Pawlyk says the project is still in the early stages and expects it will be some time before the proposal can be presented to council.