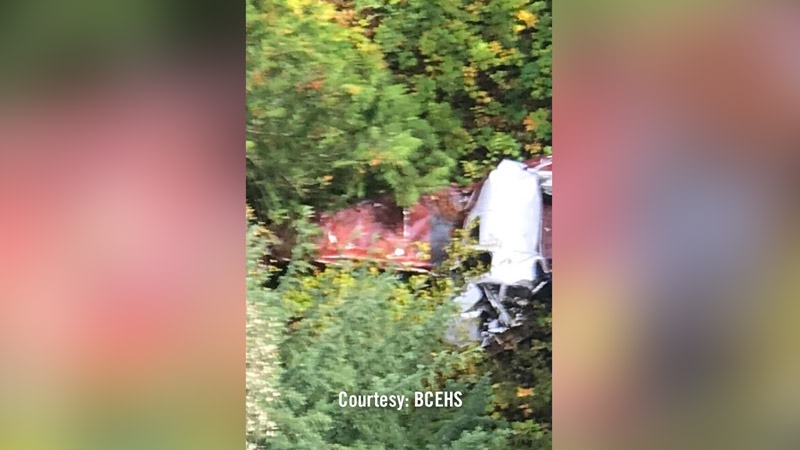 The plane was found near Revelstoke, B.C. on Tuesday, September 11, 2018. (BC Emergency Health Services)

RCMP and Parks Canada arrived to the scene Tuesday around 12 p.m.

“At this time we can confirm that the plane was the one in question,” Revelstoke RCMP Staff Sgt. Kurt Grabinsky said. “The plane had significant structural damage, and showed clear signs of a sudden and traumatic impact.”

“We will continue to work with the BC Coroners Service to determine if the remains located are human and, if so, the identities associated.”

Ashley Bourgeault and Dominic Neron were on the plane that left Penticton for Edmonton on November 25.

Neron’s sister, Tammy, posted a statement in a Facebook group, which read, in part: “Our families cannot thank each and every one of you enough for embracing us during what’s been the hardest 10 months of our lives!”

Bourgeault’s sister, Samantha McClellan, also thanked the men and women who contributed in the searches, and said the family would release another statement when they had more information.