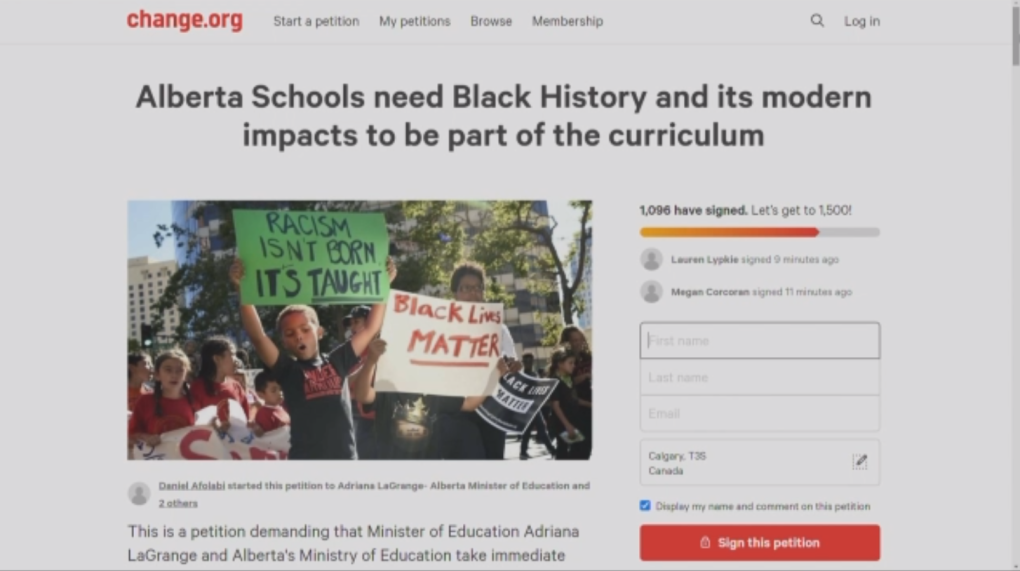 RED DEER -- A former Okotoks residents has started a petition aimed at introducing Black history and anti-racism material into the province’s school curriculum. Daniel Afolabi, a third year business student at the University of British Columbia, grew up in the Town of Okotoks, just south of Calgary. Afolabi said the recent protests, surrounding George Floyd’s death, sparked the idea to start the petition.

“I was really kind of wrestling with, yeah, I’m posting online and stuff, but is there anything that I can do in my own community,” said Afolabi.

Afolabi said he didn’t grow up with many Black people in his town of approximately 30,000 people. He added that being raised in a small town, with little diversity, resulted in him experiencing racism at a young age. Afolabi remembers multiple instances of racism, but one that stands out to him is when individuals, including his friends, would come up to him and call him a racial slur in jest.

“In junior high and high school there would be definitely times where people, and even friends I had at the time, would come up to me and say ‘Oh, what’s up my n-word,’” said Afolabi.

“I don’t think they were doing it out of malicious intent. They were just never taught that that was something that was wrong.”

He believes the driving force behind the racism he experienced was due to ignorance surrounding Black history.

“A lot of people around me, especially in Okotoks, didn’t really know about Black history and it wasn’t really taught in the classrooms,” said Afolabi.

“I kind of realized that a lot of my experiences with racism or any feelings I’ve had feeling alienated in my environment were due to ignorance.

Along with the teaching of Black history, the petition is also asking to teach about the modern impacts that racism has in society.

“I would also like to see in the curriculum the more modern impacts of racism such as systemic inequalities, and police brutality,” said Afolabi.

“I think it’s also important to teach how to deconstruct those personal racial biases.”

He also hopes that his proposal will open the doors for students to learn about other races and cultures that have impacted Canada.

“I feel like there’s so many different cultures that have had a role in shaping Canada’s history and what Canada is today,” said Afolabi.

“I’m Black myself, so that’s my starting point, but my hope is that this petition is a step forward of several steps of adding more cultural groups and cultural lessons into the curriculum.”

The petition has more than 1,800 signatures.