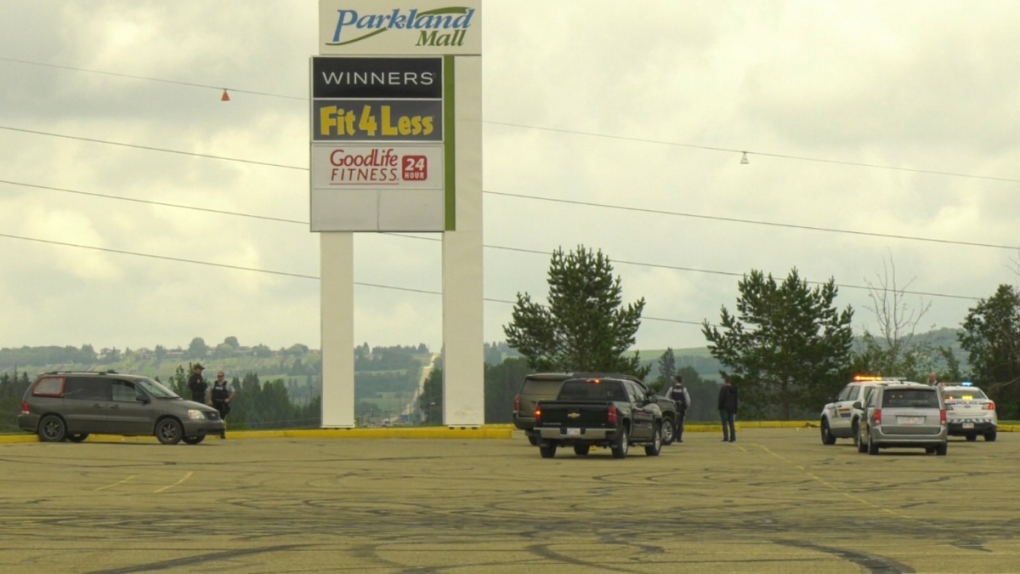 A man was sent to hospital on Monday, June 29, 2020 after a shooting at Parkland Mall in Red Deer. (Nav Sangha/CTV News Edmonton)

EDMONTON -- One man is in hospital after a shooting outside a mall in Red Deer Monday morning.

Police responded to Parkland Mall at 11:32 a.m. after the shooting.

Mounties were searching for a stolen 2016 white Jeep Grand Cherokee with black rims. The SUV was found in Calgary on Monday afternoon and seized by the Calgary Police Service.

The three or four men who were believed to be in the Jeep are still at large.