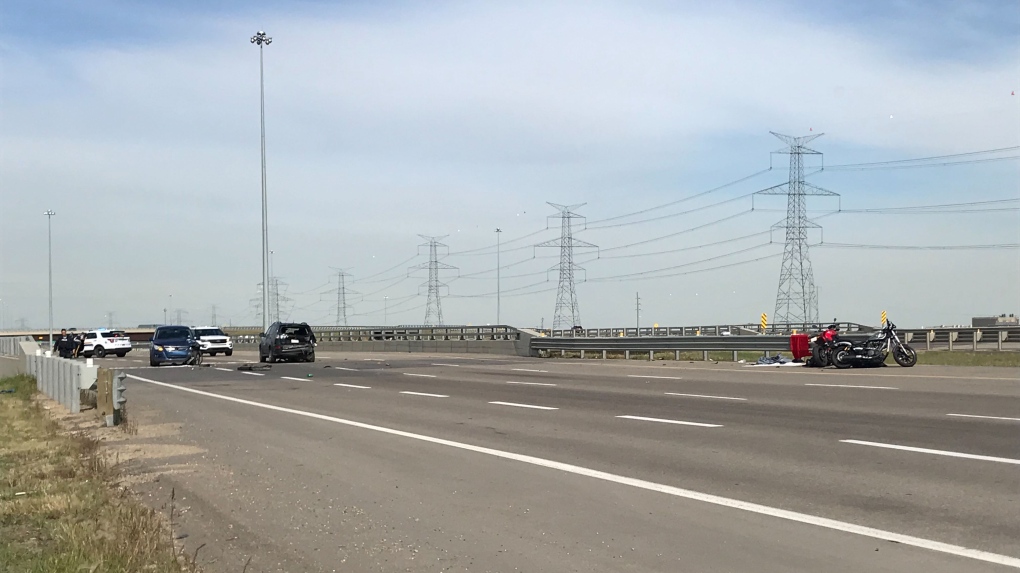 One male motorcycle driver was taken to hospital, and the other was treated on scene, Strathcona County RCMP said.

The male motorcyclist suffered from injuries not believed to be life threatening, according to RCMP.

An SUV and a second vehicle could be seen sitting on the roadway with significant damage.