Starting today, you can drink in these Edmonton parks

Almost certainly, it was not the first swig of the kind in an Edmonton park. But definitely, it was the first time a casual park user had done so legally.

"Cheers to summer, and a little bit of freedom," Dziadyk said, holding up the can.

At 11 a.m., it became legal for Edmontonians to drink alcohol at designated park sites across the city.

The pilot program, approved earlier in May, will allow alcohol consumption at 47 sites in seven public parks between 11 a.m. and 9 p.m. from May 28 to Oct. 11. 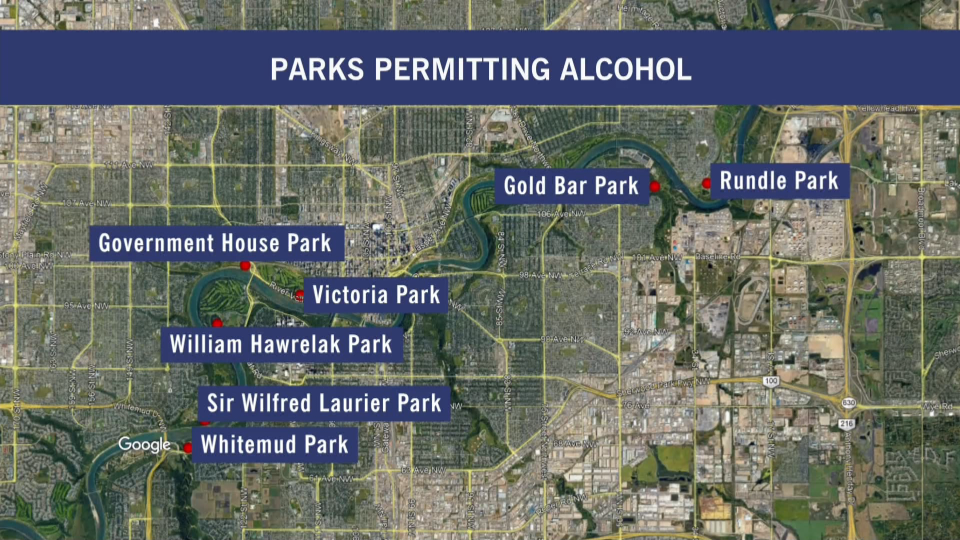 Dziadyk led the most recent push for the program, but called it something people had wanted for a while.

"We really want people to get out and enjoy the city and explore, and this is just something that -- as much as it has been talked about over the years -- it's more appropriate than ever given COVID," he told media.

"Drinking in parks is not uncommon right now, but that's breaking the rules."

He believes the experiment will channel the previously illegal activity to locations that are equipped with public washrooms and waste facilities, and which will be monitored by park rangers. The idea is also to limit drinking to certain areas, thereby ensuring plenty of space for Edmontonians to enjoy the parks in other ways, the councillor pointed out.

A sign reading "Alcohol permitted at this picnic site," outlining the major rules, is posted at each location.

The city is collecting feedback on the pilot and will report back to council at the end of the year.

"Perhaps this could evolve over time, but I still think it's important to compartmentalize this activity. Our park systems are large, and this is something for some people but it's not something for everyone," Dziadyk said. "So I wouldn't be in favour of alcohol consumption being something that's just done outright." 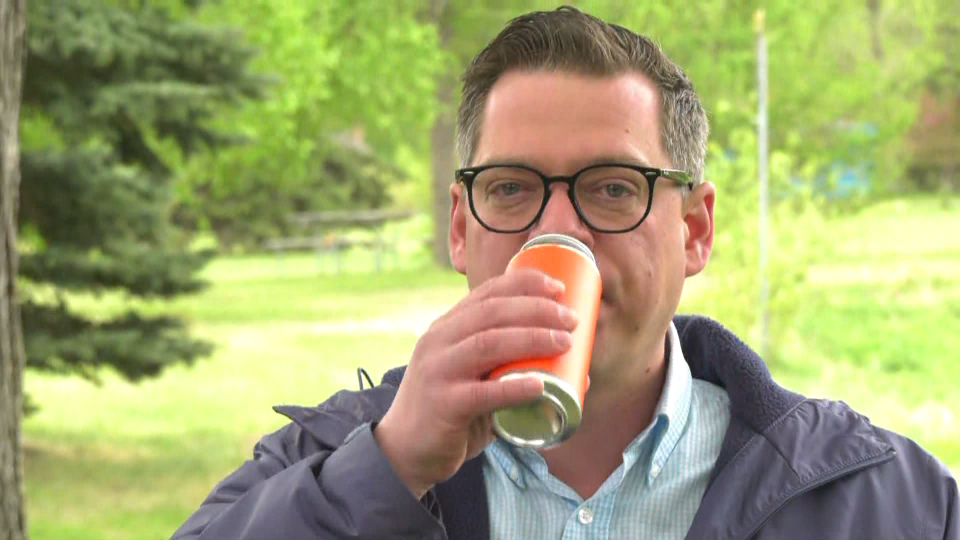 'THIS IS NOT A BEER GARDEN': DZIADYK

"I don't think it's a problem as long as they're not overdoing it," one park user told CTV News Edmonton.

Another said, "I guess it depends on the people… I think it's a great idea for people who are just out having a picnic with family and friends."

After the pilot, city administration will make a recommendation to council as to how to move forward.

"If this is a success, I would see it possibly rolling out to the picnic sites where there's little barbecues... and in some of our larger parks," Dziadyk told CTV News Edmonton.

"I'd rather give folks the chance to be responsible with this and if it doesn't work out, then it will be taken away."

He added: "Public drunkenness is never acceptable. This should be no different than having a beverage in a restaurant and then leaving the restaurant. ... This is not a beer garden. This is a picnic site."

Some sites must be booked in advance online, while others operate as first come, first served. Only bookings by groups of five or fewer were being accepted as per provincial gathering limits.

Previously, alcohol consumption was not permitted in any park without a festival and event licence.

Drinking at a non-designated site can result in a warning or a ticket.