'That blood gave her life': Donors key to teen's survival

Hosanna Crowell relies on the generosity of blood donors to survive.

The 13-year-old has Beta Thalassemia Major, an inherited blood disorder that causes extreme anemia and a lack of oxygen in the blood.

"My bone marrow produces deformed blood cells so the oxygen doesn't stick to them well," she explained.

"She's very much a 13-year-old," her mom Cathy Crowell said. "Really the only interruption or hiccup in her life is her condition."

Cathy and Greg Crowell were working as humanitarians when they met Hosanna at an orphanage in China.  At 13 months old, she weighed only 8 pounds. 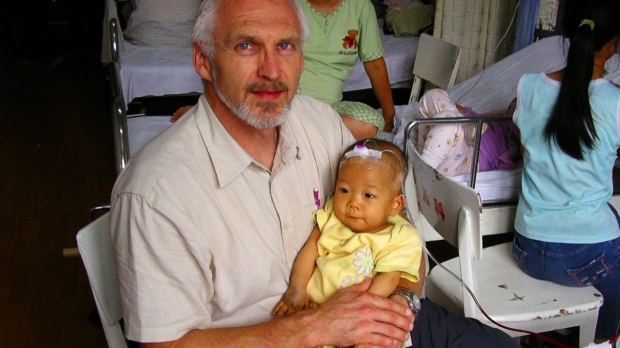 At first, they thought she just needed food but soon discovered her diagnosis and her need for transfusions.

"She was just this limp doll and that blood gave her life," Cathy said.

By the time she turned 4, she was a member of the Crowell family, living in Canada.

Today, her life is full. She loves soccer and swimming, and excels in history.

And she continues to rely on donors. CTV News Edmonton was with Hosanna when she received her 250th transfusion at the Stollery Children's Hospital.

Every year, Canadian Blood Services needs 100,000 new donors to keep up with the demand.