"That hit the stadium," a shocked viewer yelled as thunder was heard coming from Commonwealth Stadium.

"I was really shocked," said Richard Wood, one of the people who shot lightning video. "It was a lot more than we typically get out of these storms."

It looks like it was close to Commonwealth Stadium, but the city told CTV News there are "no signs found at this time that lightning struck the stadium." 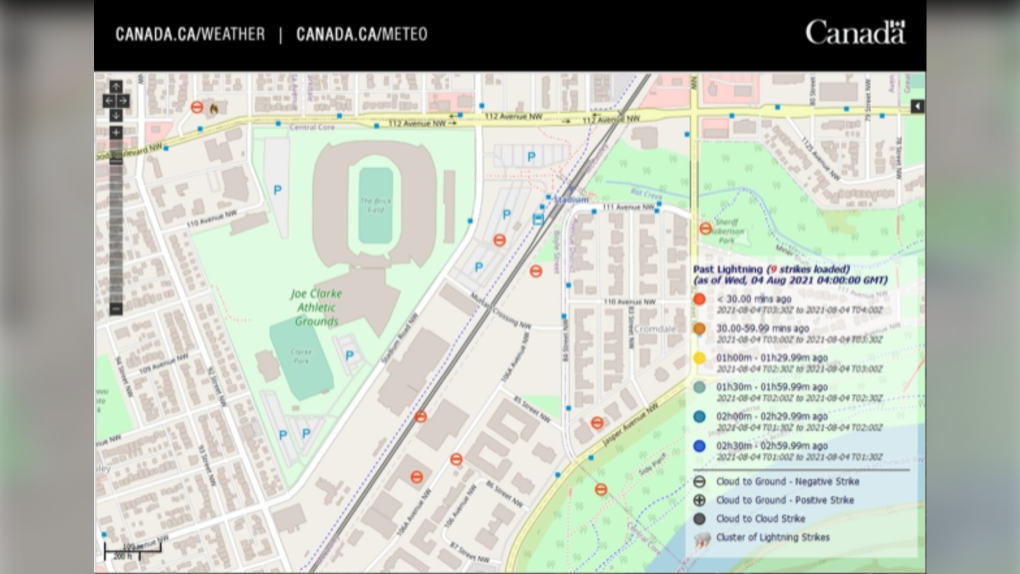 Environment Canada told CTV News there were nine lightning strikes within a kilometre of Commonwealth Stadium between 9:30 and 10 p.m. Tuesday.

"We've seen over 8,600 lightning strikes in the Edmonton area so far this year," said Environment Canada meteorologist Kyle Fougere. "It's not uncommon to have thunderstorms that have widespread lightning and move across the city."

Lightning caused power outages in the area according to EPCOR, but it added it is not aware of any damage to its equipment.

Nicknamed the 'Molten Ring,' this deep-space phenomenon is 9.4 billion light-years away

In 2020, the Hubble Space Telescope captured a rare and spectacular image of light from a far-away galaxy curving in a glowing arc around a cluster of dense gravity -- and now, new analysis has revealed that this light travelled 9.4 billion light-years to reach us.