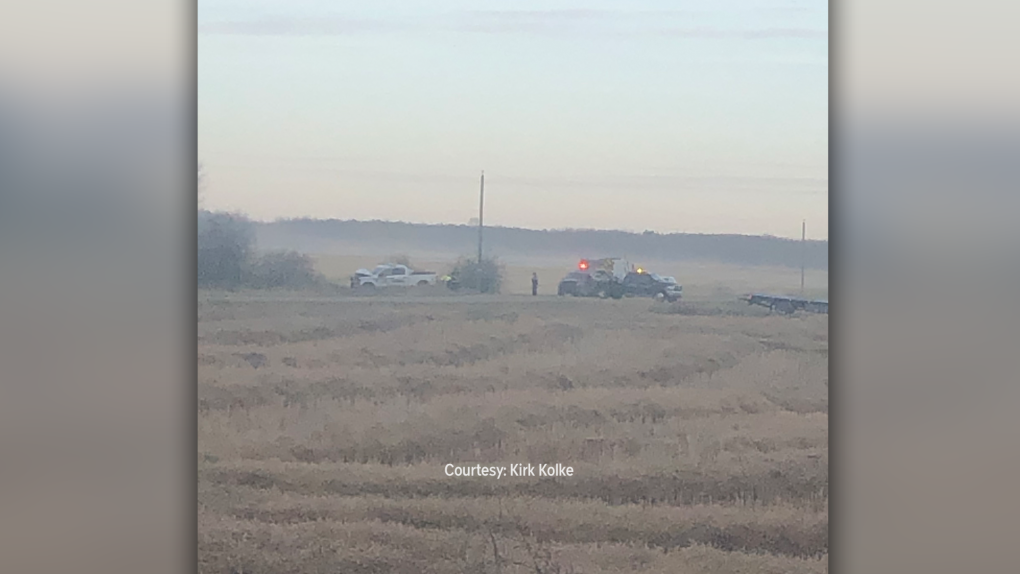 Ponoka County resident Kirk Kolke recalled of a traffic stop that went sideways on Oct. 12: "I just heard some sirens and then when I looked out, I saw the police vehicles there and an ambulance and a firetruck." Kolke said he lives just a few hundred yards from where Saturday's incident happened.

A person has been charged with dangerous driving after fleeing a traffic stop in central Alberta and then ramming an RCMP vehicle.

Around noon on Oct. 12, a Maskwacis RCMP member came across a vehicle driving erratically on Highway 2A and initiated a traffic stop on Range Road 252.

RCMP say the vehicle fled, and was followed by the police member for a short time.

Then the vehicle "reversed and collided with the police truck."

"I just heard some sirens and then when I looked out, I saw the police vehicles there and an ambulance and a firetruck," he recalled.

The driver was taken to hospital and has been released, and faces charges of dangerous driving.

A passenger was also taken to hospital in an ambulance with non-life threatening injuries.

The RCMP member sustained minor injuries and was assessed in hospital.

The incident remains under investigation, and a collision analyst was called in to assist.