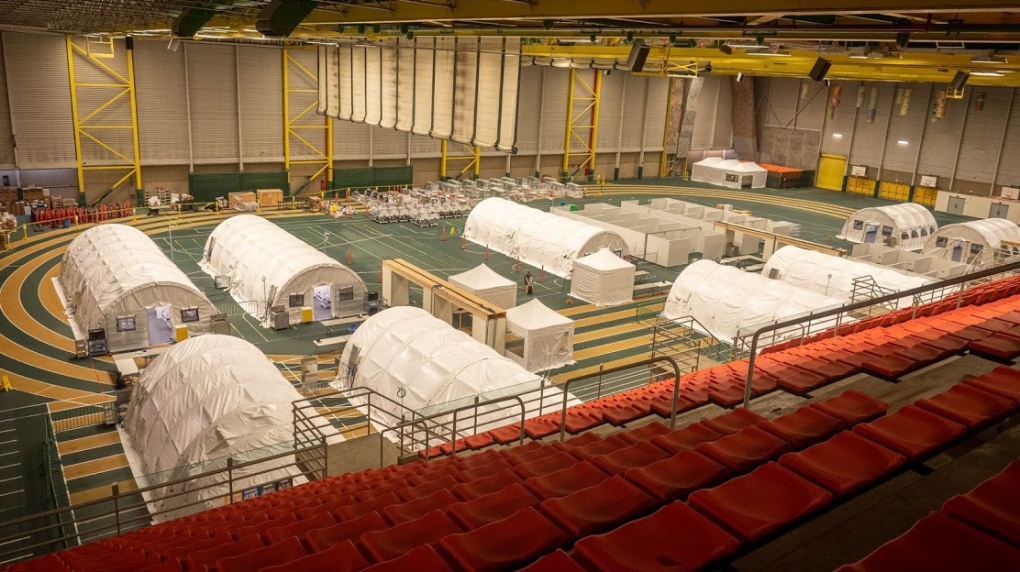 EDMONTON -- The Canadian Red Cross field hospital at Edmonton's Butterdome will be torn down without ever having been needed.

COVID-19 may have stressed Alberta's hospital network, but by reducing non-emergent surgery capacity, the province was able to keep the system from being fully overloaded. And so the tent hospital set up at the University of Alberta arena will be dismantled without having hosted a patient, a government spokesperson confirmed to CTV News Edmonton on Friday.

The field hospital, capable of treating 100 patients, was ready to operate in January.

Total COVID-19 hospitalizations had peaked weeks earlier in late December around 900, although ICU admissions would reach a record during the third wave in May around 180.

By reducing non-emergent surgeries by 30 per cent at times, the province was able to make room for up to 425 COVID-19 ICU patients.

Another temporary measure AHS calls a pandemic response unit remains installed at the Kaye Edmonton Clinic, which Williamson said could be operational if needed by mid-June.