A mother and her child were not injured after a fire broke out in a southeast Edmonton home on Thursday.

“We got here and the back of the house was fully involved, the deck, and it was extending into the structure,” said District Chief Ed Pitman. 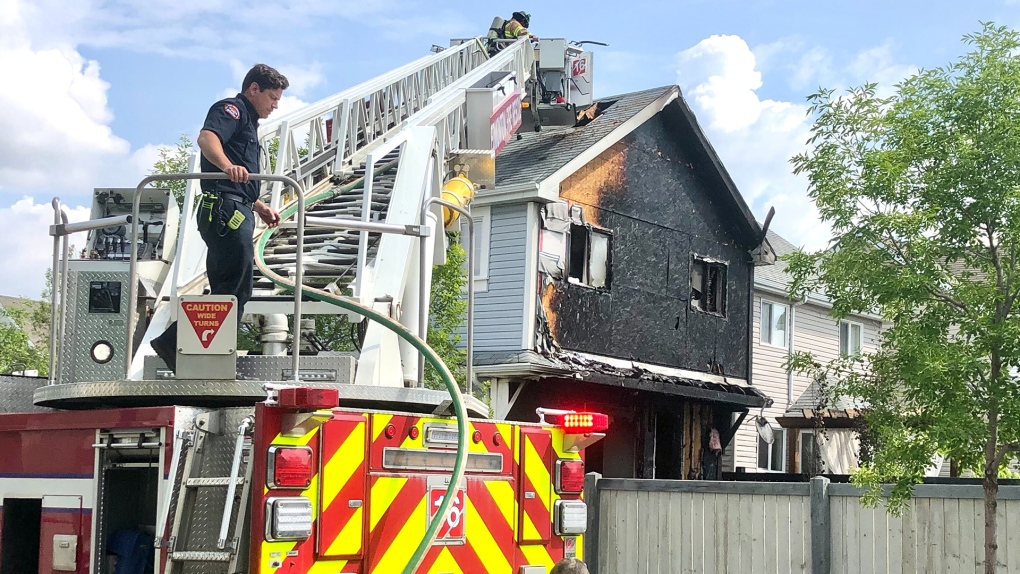 The blaze did some damage to the neighbouring home but firefighters were able to stop the spread.

The heat from the blaze also melted the siding on the detached garage in the backyard.

The cause of the fire has not been determined.

A year after the Taliban seized control of Kabul, Canada's resettlement efforts have lagged behind official targets and the efforts to help those fleeing the war in Ukraine. More than 17,300 Afghans have arrived in Canada since last August compared to 71,800 Ukrainians who have come to Canada in 2022 alone.

Anne Heche, the Emmy-winning film and television actor whose dramatic Hollywood rise in the 1990s and accomplished career contrasted with personal chapters of turmoil, died of injuries from a fiery car crash. She was 53.

The Taliban on Monday marked a year since they seized the Afghan capital of Kabul, a rapid takeover that triggered a hasty escape of the nation's Western-backed leaders and transformed the country.

An Iranian government official denied on Monday that Tehran was involved in the assault on author Salman Rushdie, though he justified the stabbing in remarks that represented the Islamic Republic's first public comments on the attack.