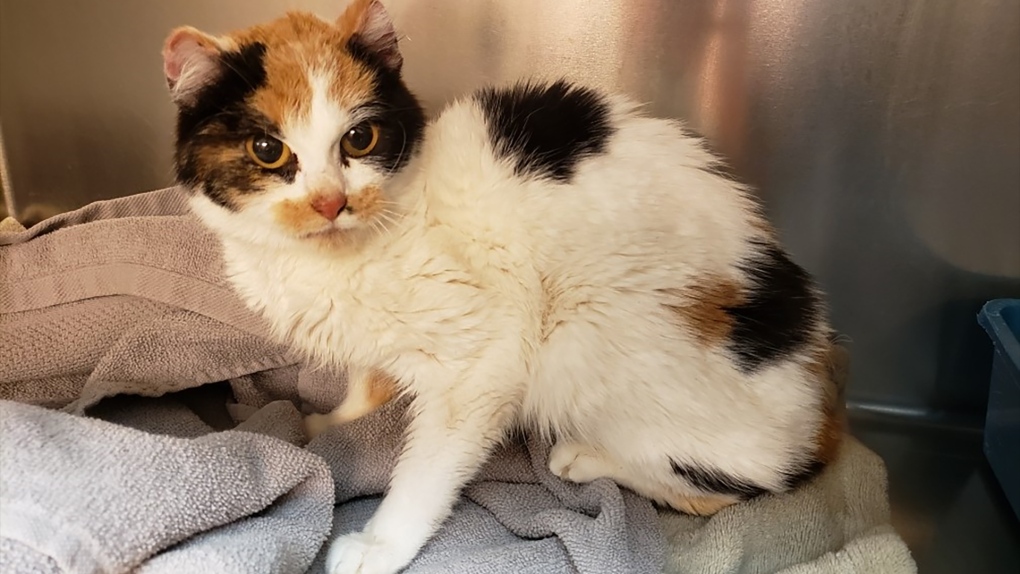 This cat was one of three surrendered from the Thorsby area during a cold snap on Jan. 13, 2020. (Source: Alberta SPCA)

EDMONTON -- The Alberta Society for the Prevention of Cruelty to Animals is especially busy this week, fielding a record number of animal distress complaints and opening investigations as the cold snap continues.

A spokesperson for the Alberta SPCA said they had received 31 complaints on Monday and an additional 30 on Tuesday.

Three cats were surrendered in the Thorsby area on Monday after they were found living in an old vehicle for shelter.

The Alberta SPCA enforces the province's animal protection legislation. The Animal Protection Act requires owners to provide protection and shelter from the cold.

The province is under an extreme cold warning, expected to continue through the weekend. Temperatures could drop as low as -45 to -50 degrees with the wind chill.