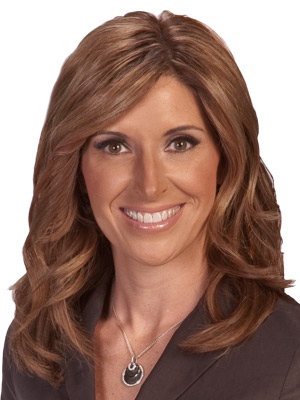 Carrie Doll grew up with CFRN News. As far back as she can remember, CFRN News was a part of her family... echoing through her home everyday at 6 p.m. Today, Carrie is proud be a part of CTV News family.

Born and raised in Fairview, Alberta, Carrie ventured off to Calgary to pursue her post-secondary education.  She graduated with an honors degree in Communications at the University of Calgary.  She also holds a diploma in Broadcast News from SAIT.  After graduating, Carrie did her internship at an ABC Affiliate in Lubbock Texas.

Her career officially began at CTV in Yorkton, Sask., where she worked as a noon anchor and began her own health segment.  Furthering her passion for health and fitness, Carrie moved to Lethbridge to work as a producer of the 6pm news, as well as an anchor and health reporter for CISA Television. In 1997, she made her first appearance at CTV Edmonton as the Medical Watch reporter and noon news anchor. Three years later, she moved to Calgary to co-anchor the noon and 5 p.m. news.  She rejoined the CTV news team in Edmonton a year later in October of 2001 to co-anchor CTV news at 6 p.m with Daryl McIntyre

Carrie believes in giving back to her community and that’s why she’s so dedicated to her charity events.  She emcees a number of events throughout the year in addition to being the honorary chair for both the CIBC Run for the Cure and the YWCA Women of Distinction Awards.  She’s also involved in Stollery Children's Hospital Foundation, the Lois Hole Hospital for Women and the Kids with Cancer.  Carrie also dedicates her time to mentorship and guest speaking in local schools and organizations. She received an RTNDA award for her documentary “Fear on the Farm”, she was honored as one of the top 100 citizens in our province during Alberta’s Centennial celebrations, and was chosen as Edmonton’s Woman of the Year in 2002.

Carrie maintains her greatest achievement in life so far is becoming a mother to her son Kasha and her daughter Allegra.  Together with her husband Stephen, the four of them love to travel, and spend time outdoors together.