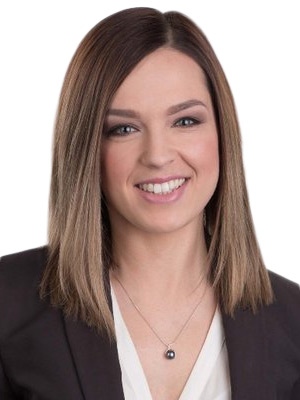 Nicole Weisberg joined the CTV Edmonton team in 2012 as a Reporter/Writer. In 2015, she took on a full-time role as Morning Live Reporter and then about two years later, moved to the weekend anchor desk. She now anchors CTV News at Six on weekends and reports three days a week.

Nicole grew up in Beaumont, Alberta—just outside Edmonton—and graduated from the Northern Alberta Institute of Technology (NAIT) Radio and Television Program.

Prior to CTV, she spent time in several newsrooms including CHCA News in Red Deer and Global Maritimes in Halifax.

"I love my job because I get to meet all kinds of people and do something new and different every day," says Nicole. "It is truly a privilege to tell people's stories and work with so many others who are passionate about news."

Nicole's sense of adventure isn't limited to work: she's been to over 20 countries and is usually planning her next big trip. She is a hobby photographer, rookie gardener, yogi and manager of the CTV Sweatsox slo-pitch team.