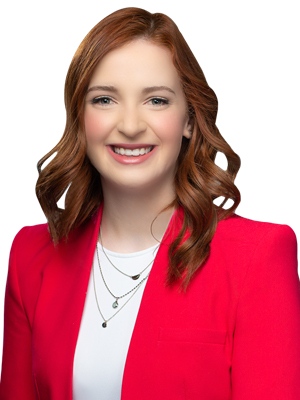 Alison MacKinnon grew up in a small town in southern Ontario, where she found a love for telling stories for anyone who would listen. After travelling to Kenya in high school and watching the news coverage of the Haiti floods, Alison decided to move to Alberta to pursue journalism.

She attended the Southern Alberta Institute of Technology in Calgary and graduated with honours from the Broadcast News program in 2017.

After graduating, Alison became a video journalist for CTV News Lethbridge. There she became involved with local outreach programs and found a love for covering stories about those most vulnerable.

She traded the mountains for the cold when she moved to Winnipeg as a digital broadcast journalist.

In 2019, Alison joined the CTV News Yorkton team and helped update the province as the COVID-19 pandemic evolved.

She later joined the CTV News Regina team as a video journalist and late night anchor before heading back to Alberta.