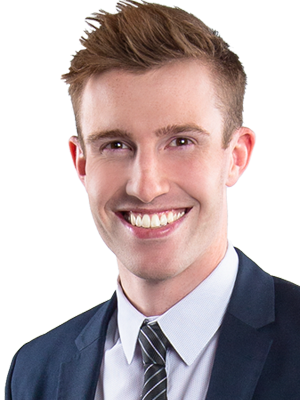 Timm Bruch joined CTV Edmonton in the fall of 2018. Before joining the team in Alberta, he reported in Winnipeg, M.B.and Kelowna, B.C.– which means he’s seen both sides of the weather spectrum.

Timm was born in Calgary and has also spent time on the West Coast: he attended BCIT’s Broadcast Journalism program in Burnaby – where he graduated with honors -- and spent his early twenties in Vancouver.

His first full-time television job was a stint in the Okanagan where he reported on organic vineyards, flooding beaches and an unlucky neighbourhood cat who was shot by a stray bullet.

From there, he grabbed his winter running gear and shipped off to Winnipeg to take a morning show reporting position. That meant strange stories (a course for beginner pilots where Timm actually got behind the controls of a small plane),  hard news (police standoffs, court reporting), and downright-terrifying segments (live television while rappelling down the side of a downtown building). After a few months of early wake-ups, Timm made the switch to 6 p.m.reporting and found a niche in politics. He's loved covering elections, provincial budgets and even a council scandal or two.

In his spare time, you can find Timm running the river trail, watching his beloved Blue Jays or listening to a record from his overflowing collection.