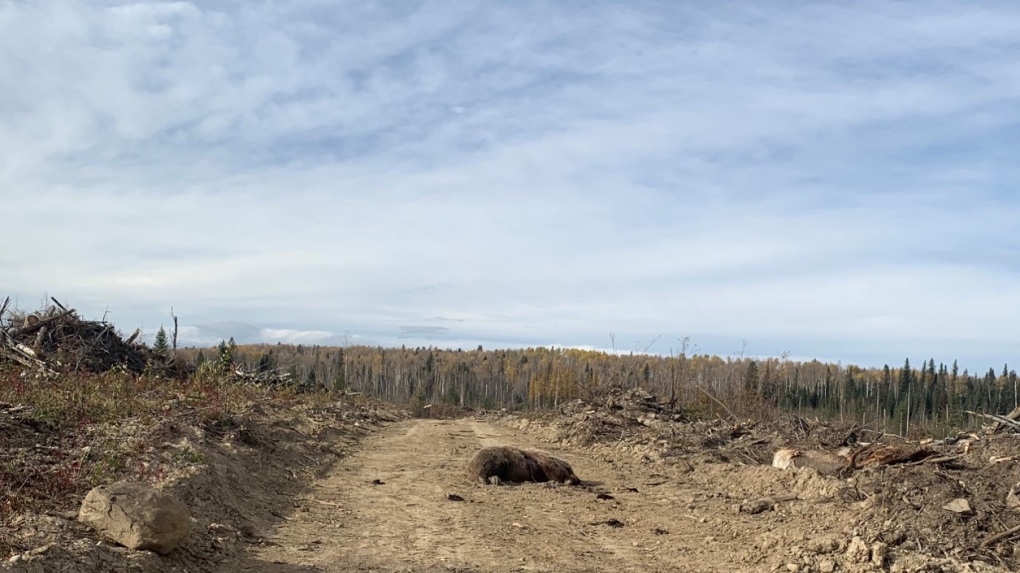 A grizzly bear was found shot and killed near Edson on Oct. 9, 2021 (Source: Alberta Fish and Wildlife).
EDMONTON -

Fish and wildlife officers are trying to track down a person who shot a grizzly bear and left its carcass laying on a logging road west of Edmonton.

The mother of two cubs was found dead on Saturday, Oct. 9, west of Edson, Alta., off of Swanson Road.

A spokesperson with Alberta Justice said it was killed with a high-powered rifle.

The bear was known to frequent the area with her cubs, who are believed to be 2 yearsold.

The cubs will be left alone as officers said they are old enough to survive on their own.

Grizzly bears are considered a threatened species in Alberta and hunting them is illegal. The penalty could be as much as a fine of $100,000 and two years in jail.

Fish and wildlife said another bear found dead on Oct. 11 near Highway 16 was hit by a vehicle, and not related to their poaching investigation.

Anyone with information on the case is asked to call the 24-hour Report-A-Poacher line at 1-800-642-3800 or report online at alberta.ca/report-poacher.aspx