Motorcycle involved in crash on 50 Street 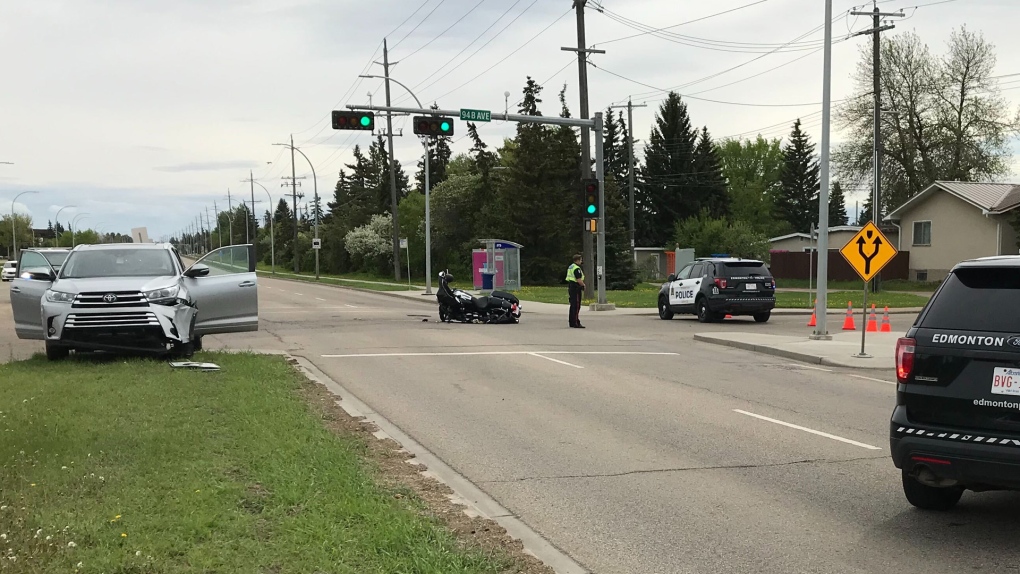 A motorcycle and an SUV were involved in a crash on 50 Street on June 1. (Chris Brinkworth/CTV News Edmonton)

EDMONTON -- Police are asking drivers to avoid the area of 50 Street and 94B Avenue because of a crash between a motorcycle and an SUV.

Crews were called to the scene shortly before 3 p.m. on Monday.

When they arrived, they found the motorcycle driver on the ground. He was taken to hospital with serious, non-life threatening injuries.

At the point officials don’t know if the driver of the SUV suffered any injuries.

The intersection is expected to be closed during the Monday afternoon commute.