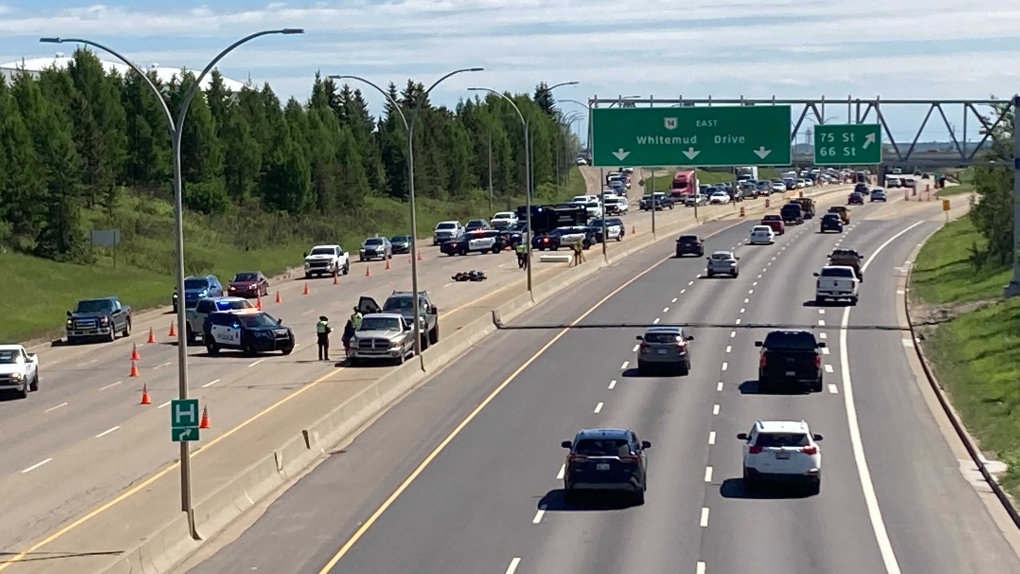 A 40-year-old motorcyclist was taken to hospital after he was struck by an unsecured mattress that had fallen from a truck travelling in front of him.

Police said at approximately 10:35 a.m. on Saturday they responded to the report of a collision west of 66 Street on Whitemud Drive.

Investigators say it was reported to them that a motorcycle was westbound onthe freeway when the rider was knocked off his bike by a mattress that fell of a truck travelling ahead of the motorcyclist within the same lane.

EMS responded and transported the 40-year-old motorcyclist to hospital with non-life threatening injuries.

According to police, the driver of the truck remained at the scene of the collision.

Westbound lanes between 66 Street and 91 Street were closed for a few hours Saturday as police responded to the collision.

The EPS major collisions unit continues to investigate the incident but is not considering speed and alcohol as factors in this collision.