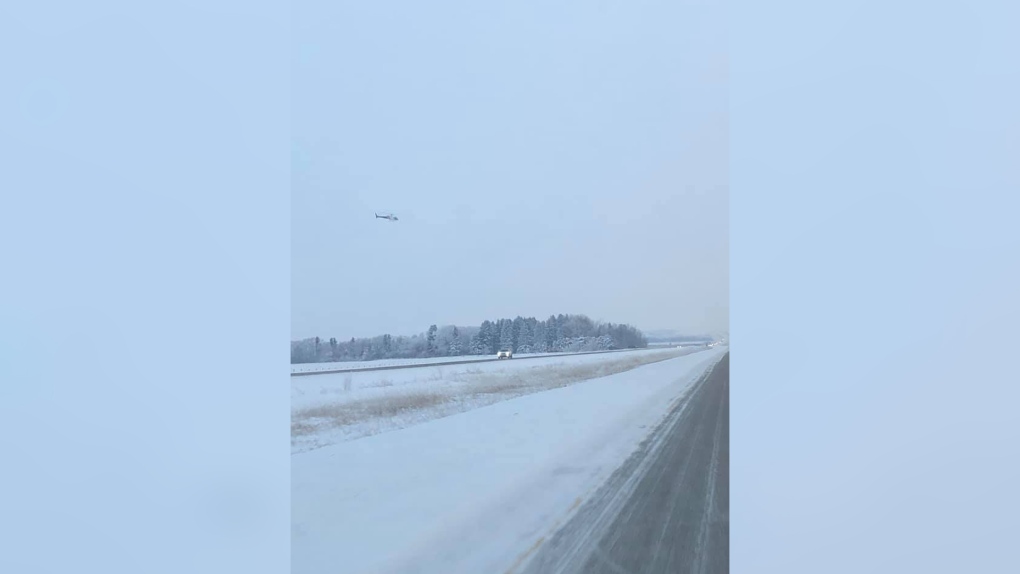 Officers responded after a police vehicle was stolen in central Alberta on Dec. 13, 2019. (Credit: Colin Calvin)

EDMONTON -- Three men are in custody after a shooting involving a police officer and a stolen police car that happened on Friday morning.

An RCMP officer responded to a report of a single vehicle crash on Highway 596 and Range Road 10, west of Red Deer around 5:30 a.m.

While at the scene, the officer came across a second vehicle which was also in the ditch.

The officer asked the three men inside and asked if they needed assistance and police say they attacked the officer and took the officer to ground where there was a struggle and the men tried to take the officer's equipment.

The officer fired their service pistol.

Police say the three men stole the police vehicle and took off.

The officer suffered minor injuries during the incident.

Police found the stolen vehicle abandoned in a field near Highway 11, about two kilometres north of the ditch where the altercation happened.

Officers from Sylvan Lake, Red Deer, RCMP Air Services and Police Dog Services were called in to find the men, who fled on foot.

The third man, a 26-year-old, had a gunshot wound to his right calf. He was taken to hospital and later released into police custody.

All three men are still in custody.