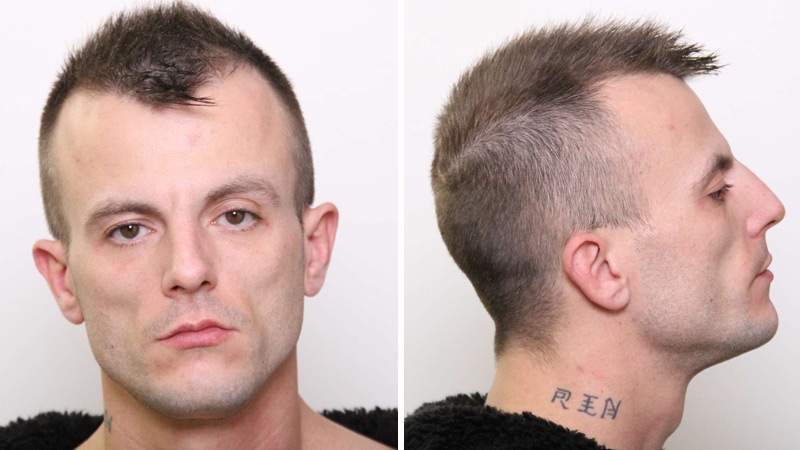 Police have issued a total of nine arrest warrants for a 31-year-old man, who allegedly fled the scene of a traffic stop late Wednesday night.

According to police, officers pulled over a red 2007 Hyundai Accent at about 10 p.m. Wednesday on Yellowhead Trail.

Police told the three people inside to step out of the vehicle, but it’s alleged one of the passengers – Ryan Muir, 31 – jumped back into the car, and took off.

Officers decided not to pursue the car, because of heavy traffic at the time.

Warrants have been issued for Muir’s arrest on the following charges, escaping lawful custody, flight from a peace officer, theft of a motor vehicle, dangerous driving, driving an uninsured motor vehicle on a highway, possession of stolen property, and three counts of breach of conditions.

Other charges are also pending.

Muir is described as:

Muir also has a number of visible tattoos on his forearms and neck – the letters R I N are visible on his neck, and “ruthless” on his right forearm.

Police said Muir is considered dangerous, and should not be approached.

Anyone with information on his whereabouts is asked to call the Edmonton Police Service non-emergency line at 780-423-4567, or #377 on a mobile phone.