An RCMP cruiser is seen in this file photo.

EDMONTON -- Mounties are investigating after a Nazi flag was photographed on a northern Alberta property.

In a statement to CTV News Edmonton, RCMP confirmed a Nazi was flag was flying on a property in the Boyle, Alta., area but has been taken down.

"Boyle RCMP spoke to the property owner yesterday evening," police said on Thursday. "The flag was taken down voluntarily." 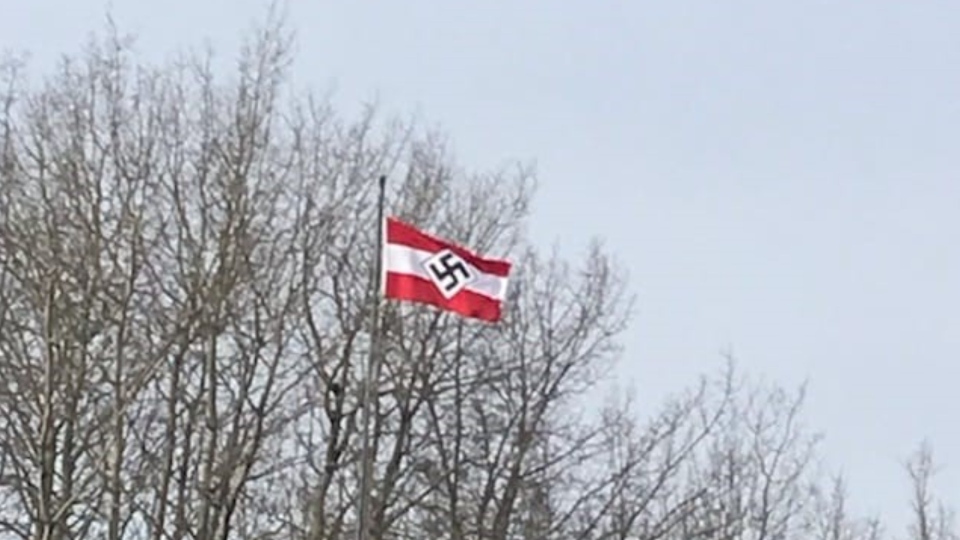 RCMP are investigating "whether this is criminal or not."

“Athabasca County prides itself on being a warm and welcoming region,” said Reeve Larry Armfelt said in a statement. “This type of display, and the messages it sends, has no place in our communities.”