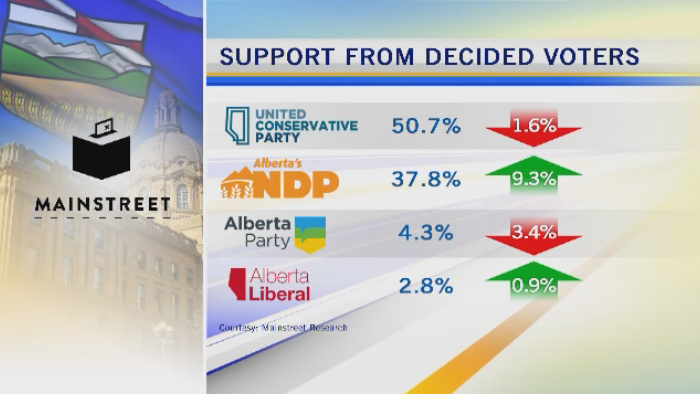 New poll numbers released Thursday morning the New Democrats may be catching up with the United Conservative Party, but the UCP still has a healthy lead.

The poll was conducted by Mainstreet Research just two days ago via the phone.

It shows the UCP has more than half of support of decided voters.

But the NDP has gained more than nine percentage points and now sit at about 38 per cent support.

The Alberta Party is sitting at around four per cent, and the Liberals have just less than three per-cent.

The poll surveyed more than 1,100 Albertans and has a margin of error of 2.88 per cent.