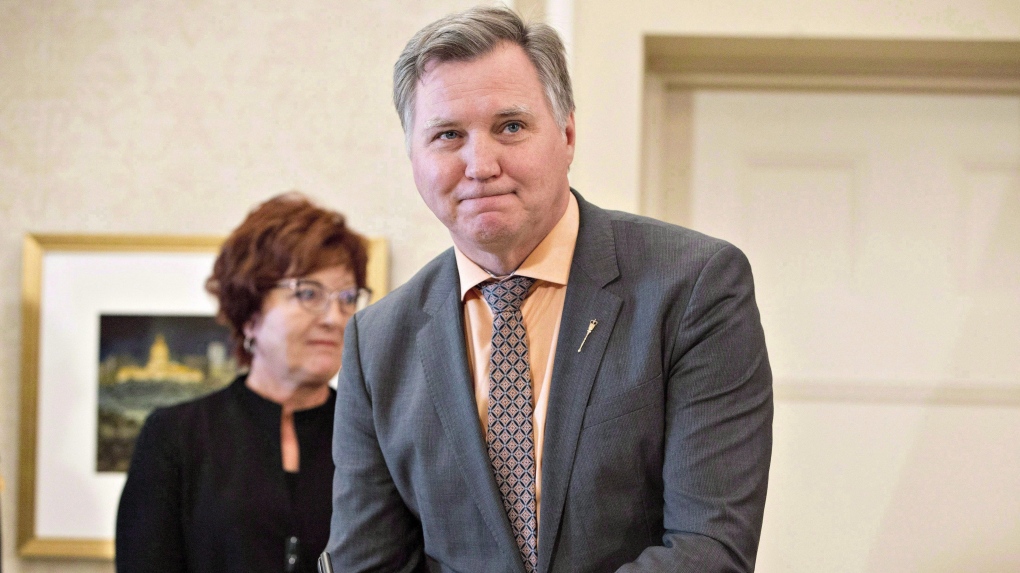 In this file photo, Alberta Minister of Indigenous Relations Richard Feehan is sworn in as a new cabinet minister in Edmonton Alta, on Monday, February 2, 2016. (THE CANADIAN PRESS / Jason Franson)

A two-term NDP Edmonton MLA who also served as a former cabinet minister will not seek re-election in Alberta's next general election.

"I have been privileged to represent the constituency of Edmonton-Rutherford since May 5, 2015," Feehan said in a statement. "It has been a wonderful experience."

"I believe that we were able to accomplish many significant achievements during my tenure (as minister)," Feehan said, adding he was most proud of the province's apology to Sixties Scoop Survivors, the clean water to reserves program, and a series of public servant and civil society education programs.

"I am saddened, however, that the current government has let many of these programs dwindle and close, and have failed to truly commit to the Truth and Reconciliation process," he added.

Today, I am announcing my decision to not seek re-election in the next Alberta Provincial election. I have been privileged to represent the constituency of Edmonton-Rutherford and it has been a wonderful experience. Read my full announcement here: https://t.co/02qNRqFVTD #AbLeg

Feehan said after completing his current term, he looks forward to spending more time with his wife, children, and grandchildren.

"Alberta is a phenomenal place to live," he said. "I believe that working together, we can change the world in a hopeful, optimistic way."

The provincial election is scheduled for May 2023.