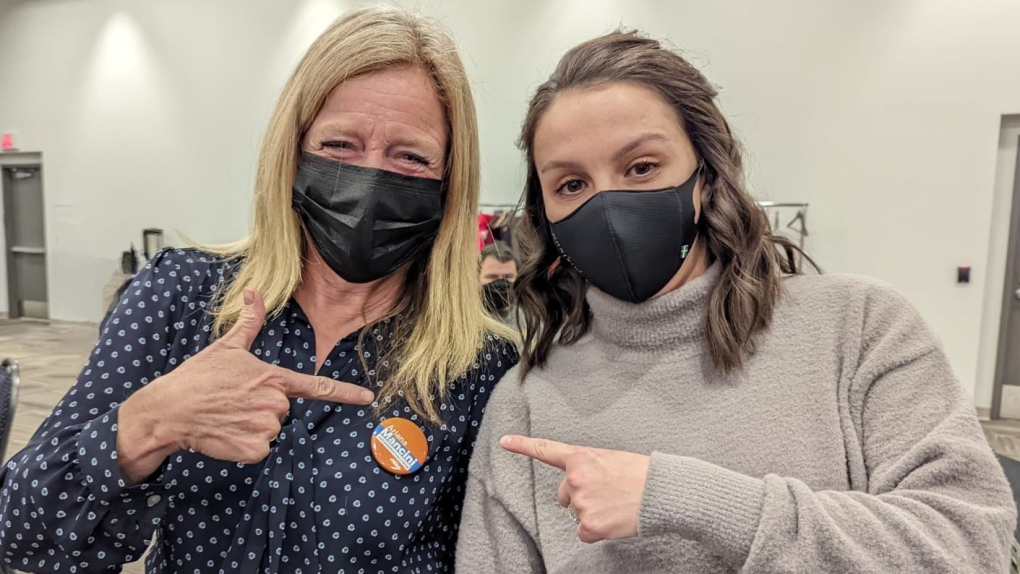 Teacher Ariana Mancini will carry the party's flag in the race to replace Laila Goodridge as the MLA in Fort McMurray-Lac La Biche.

Goodridge was elected as a member of Parliament in September.

"This campaign is an opportunity for our region to send a message to Jason Kenney," Mancini told a crowd in Fort McMurray.

Mancini spoke about protecting healthcare, fighting a curriculum rewrite, and diversifying the economy as priorities.

"She is the real deal. She is a community builder," Notley said.

"Ariana will make sure that kids get a proper curriculum with the modern, forward-looking learning that they deserve and she will fight for families."

Brian Jean and Joshua Gogo are running for the UCP nomination. Voting for that is scheduled for Saturday in Fort McMurray and Sunday in Lac La Biche.

No other parties have named candidates for the byelection.

A date for the vote has not been declared. Under the province's election laws, it must be announced by Feb. 15, 2022, and voting must happen within 28 days.