Need suggestions for family-friendly flicks? Here are 10 great movies to watch with the kids 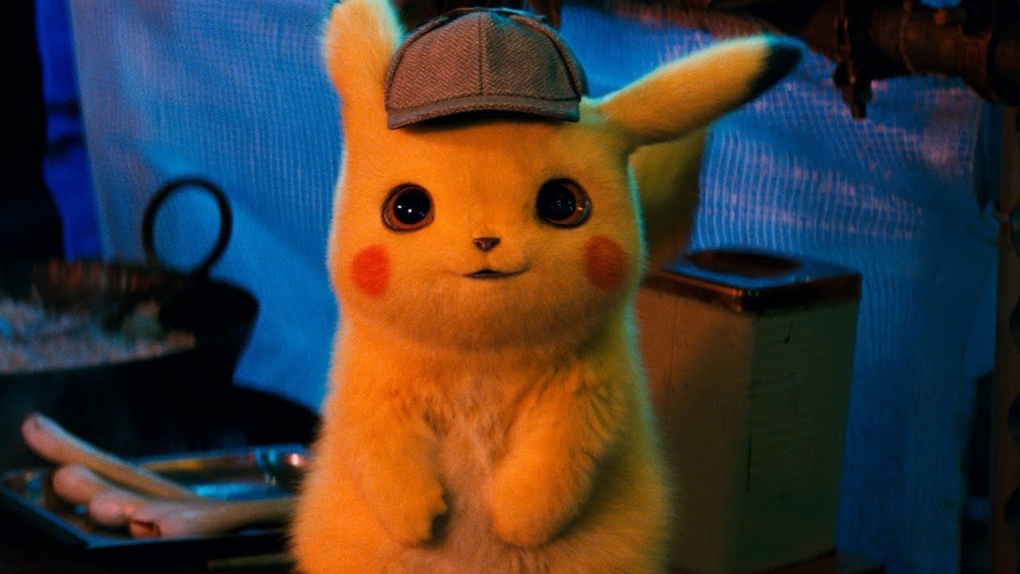 Ryan Reynolds voices the title character in "Detective Pikachu", a comedy adventure set in the world of Pokemon and scheduled to hit theatres this May. (Warner Bros. Pictures)

EDMONTON -- With the world still pretty much on lockdown, everyone is starting to go a little stir crazy. You’ve been home-schooling your kids all week, and the whole family is likely on separate devices at any given time throughout the day and evening.

So, even though you’re all trapped in house together 24/7 right now, why not put down your tablets, make some popcorn, and watch a movie together?

But the big question is what so-called ‘kids’ movies can the whole family watch…without the adults in the room wanting to poke their eyes out? More than you think. Here are some suggestions:

AKEELAH AND THE BEE

Keke Palmer, Angela Bassett, and Laurence Fishburne all give stellar performances in this 2006 gem about an 11-year old girl from South LA whose dexterity with words allows her the opportunity to compete in the Scripps National Spelling Bee. This is a feel-good film that young viewers will absolutely adore. Available on Crave.

From the director of Bend It Like Beckham comes another triumphant and crowd-pleasing comedy, one that inexplicably flopped upon its release last summer. Too bad, because this '80s-set story of a South Asian teenager growing up in the UK, learning to find his voice through the music of Bruce Springsteen, is a pure delight from beginning to end.

It’s rated PG-13, so watch this one with the older kids. Available on Crave

Based on a true story from the 1920s, but updated to 2007, this is the simple story of a college professor (played by Richard Gere), who finds an abandoned dog, and the bond that forms between them.

This film is on here because every list needs a) at least one dog movie, and b) at least one movie that will make your dad cry uncontrollably. This is a truly beautiful film the whole family can enjoy. Available on Netflix.

Look, we’re going to be inside for A WHILE yet, so why not tackle this epic series of adventures?

The beauty of the Harry Potter series is that, no matter if you’ve read the books, or already seen the movies, they are so rich with character and detail that there’s something new to discover every time. Plus, as your kids get older, they will find new things to appreciate about each film in the series.

These films are pure magic, and a perfect way to pass the time for a week or two. Available on Netflix.

These are two of the most enjoyable, warm-hearted, good-natured, and irresistible ‘children’s’ films of the last 10 years, and though they’ve both garnered rave reviews (97 per cent and 100 per cent, respectively, on Rotten Tomatoes), the Paddington films have flown a little bit under the radar.

Perhaps it’s the perception that the Paddington character is a bit old-fashioned; perhaps it’s that the louder and more brash American films have gotten all the attention. Whatever the reason you may have missed these films, put these at the top of your queue, and settle in for a wonderful night of entertainment. Both titles available on Netflix.

Now that the theatrical release of Peter Rabbit 2 has been delayed from its original Easter release date, why not revisit this 2018 smash, updating the beloved Beatrix Potter story for more modern sensibilities, starting with a mischievous James Corden as the voice of Peter.

While Potter purists may not be on board for this particular ride, younger audiences will enjoy the irreverent humour, and Rose Byrne’s charming performance will win over the adults. Available on Netflix.

Why is this film on the list? Because: it’s based on one of the most popular video game/anime shows of all time, and the filmmakers wisely turned to Deadpool himself, Ryan Reynolds, to hilariously voice Detective Pikachu.

Kids will love it, because…Pokémon. But there are more than enough solid laughs here for the grownups, as well. Plus, Ryan Reynolds is royalty in Edmonton right now, and we can’t exactly recommend Deadpool for the kids now, can we? Available on Crave.

SPIDER-MAN: INTO THE SPIDER-VERSE

The Spider-Man franchise has been ripe with invention lately; the last two live action films starring Tom Holland have been arguably the best two Spider-man films yet, and the spellbinding animation on display in Into the Spider-Verse makes this 2019 Oscar Winner for Best Animated Feature a must-see adventure that grown-ups will love as much as the kids do – maybe even more so. Available on Crave.

WALLACE & GROMIT and THE CURSE OF THE WERE-RABBIT

From Shaun the Sheep, to Wallace & Gromit, to Chicken Run – the geniuses at Aardman Animation studios never fail to delight.

From the endlessly clever scripts, to the lovingly-rendered stop-motion animation, you really can’t go wrong with ANY of their films, but why not start with the very first feature-length Wallace & Gromit adventure? Funny, eccentric and endlessly inventive, introduce your kids to the wonderful animation of Nick Park. Available on Netflix.

Julia Roberts, Owen Wilson, and Jacob Tremblay are all ‘wonder’ful, in this truly inspiring and heartwarming film, based on the New York Times bestselling novel.

Tremblay plays Auggie Pullman, a boy with facial differences who’s about to start public school for the first time, and the challenges he and his parents must face along the way.

With its powerful message that it’s OK to be different, this is an excellent film for families to watch – and discuss – together. Available on Netflix.