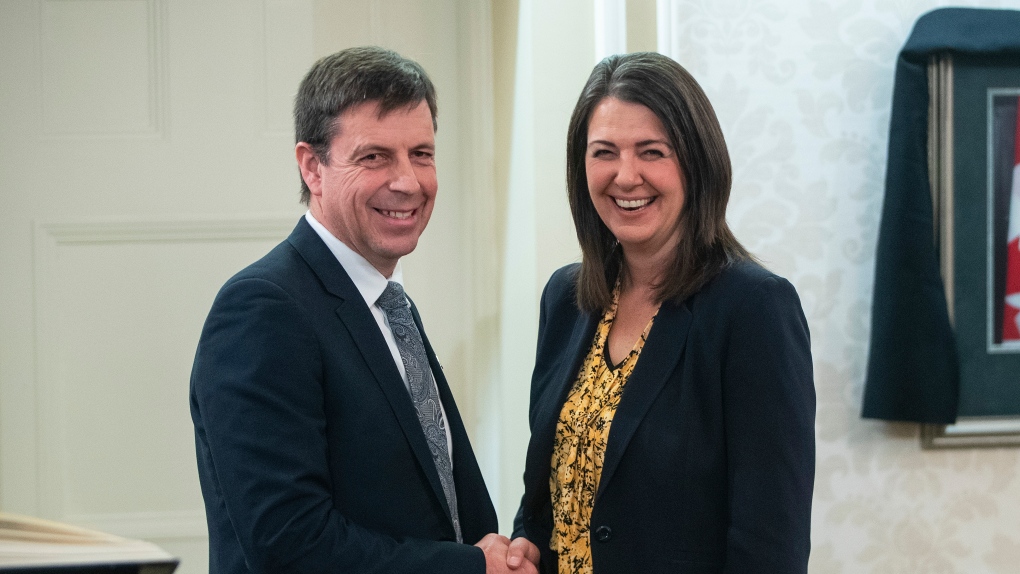 The Canadian Parks and Wilderness Society says the changes mean that almost 94 per cent of Alberta's parks, recreation areas and wildland parks will be managed by the Ministry of Forestry, Parks and Tourism.

Alberta Environment will manage protected areas — only five per cent of the lands it used to.

"When you're putting the vast majority of the land base we call parks and protected areas in with forestry and tourism, it could change the management intent of those places," society director Katie Morrison said Wednesday.

"It could shift it away from the protection of ecological values to potential industrial or inappropriate activities."

A spokesperson from Forestry, Parks and Tourism did not return a request for comment.

The department under new minister Todd Loewen now has responsibility for the Provincial Parks Act and Willmore Wilderness Park Act. Those pieces of legislation and the protections they contain haven't changed.

However, Morrison pointed out that under the government's red tape reduction efforts, the regulations that implement those protections can now be altered on ministerial whim without public notification or consultation.

She added that the United Conservatives, under former premier Jason Kenney, have already tried unpopular reforms to the province's parks. Former environment minister Jason Nixon proposed privatizing management of some parks and removing a large number of others from the provincial list.

The government backed away from those proposals after a public outcry.

"We are going to be watching very closely."

This report by The Canadian Press was first published Oct. 26, 2022.