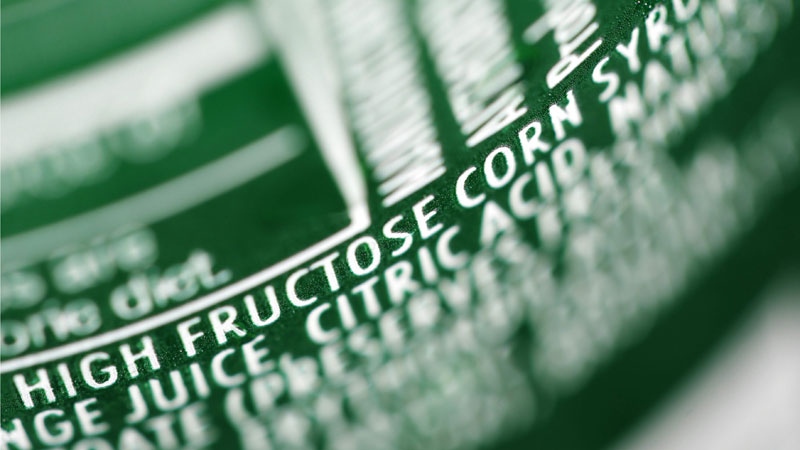 A nutrition label on a can of soda. (AP / Matt Rourke)

New food labelling rules that take effect this weekend are set to help millions of Canadians with food allergies as well as those with celiac disease.

The food allergen labelling regulations put forth by Health Canada requires food makers to clearly identify the presence of ingredients that could cause allergic reactions.

Those include listing any of the 10 most common food allergens: peanuts, eggs, milk, tree nuts, wheat, soy, sesame seeds, seafood, sulphites and mustard along with gluten sources.

Beginning August 4, those substances must be noted in the ingredients list or in a statement on the package that begins with the word “contains.”

The clearer labels should be useful to the 2.5 million Canadians who have at least one food allergy and should also help those with celiac disease, who need to avoid gluten to control their auto-immune condition.

“The Celiac Association has been pushing for about 20 years to get gluten labelled because it’s really important for us.”

The inclusion of gluten in labels is one of the biggest changes in the food labelling regulations.

“We know that there people out there with food allergies with celiac disease or sulphite sensitivity and they need to be able to avoid those kinds of triggers that could make them ill so in order to do that they need clear information on the label so they can read it, they can know whether or not that product is safe for them to eat,” said Michael Abbott with Health Canada.

“Under the old regulations you were still required to provide a list of ingredients and in a lot of cases that list of ingredients would identify when there were allergens in a food so it’s not like all foods have to change their labels because of these regulations but what it is getting at is some instances where there could potentially be hidden allergens or gluten sources in foods.”

About one per cent of Canadians suffer from celiac disease.

While ingesting gluten isn't immediately life-threatening, the grain-based protein leads to serious digestive problems for celiacs. Gluten is often hidden in other ingredients listed under such names as “plant protein,” “spices” and artificial or natural flavour.

The changes are being welcomed by Anaphylaxis Canada, an advocacy group for people with food allergies that pushed for the new regulations.

"As there is no known cure and no way of predicting the severity of an allergic reaction, avoidance of allergens is the only means of staying safe. The new regulations reflect the increased awareness of the challenges people with food allergies – as well as family members, friends and caregivers who shop for them – face in staying safe," the group said in a statement.

Dr. Paul Keith, the vice-president of the Canadian Society of Allergy and Clinical Immunology, notes that different age groups are in danger of developing anaphylaxis, the most severe reaction to a food allergy.

“The most likely age for a fatal anaphylactic reaction is in teenagers. They are the ones who are highest at risk,” Keith told CTV News Channel.

Keith notes that in many cases, people are born with food allergies, especially those allergic to peanut, milk and egg proteins.

But anyone can develop a food allergy at any time in life. Shrimp allergies often don’t develop in some people until later in life, Keith says.

As for why food allergies are on the rise, Keith says the current thinking is that we’ve over-sanitized our living environments and are not being exposed to enough infections.

The labelling changes were announced February 2011 and manufacturers were given since that time to make any necessary changes to their labels.

“The products that are for sale on the shelf as of tomorrow should be up to date and have correct labeling,” Abbott said.

With files from Carmen Leibel and CTVNews.ca