EDMONTON -- Vandalism has been removed from an Alberta's Opposition member's riding office after it was tagged sometime overnight Friday.

Janis Irwin, a New Democrat member of legislative assembly, posted an image of her Edmonton office to Twitter on Saturday morning showing the vandalism.

The image's caption reads, "Good morning to everyone who continues to denounce racism and white supremacy, no matter how angry or uncomfortable it makes some people"

The markings were cleared off by late Saturday morning. Police say they have been in contact with Irwin.

She declined to comment on the vandalism but issued a statement thanking those who showed their support.

"This act of vandalism has left me sad and angry,  but it needs to be said: this is just a fraction of what racialized folks and members of the LGBTQ2S+ community face every day," she wrote.

More than ever, I urge you all to continue to speak out. Continue to denounce racism and misogyny. Continue to challenge hate in all forms. Use your privilege. Use your voice. Support each other.

Irwin has represented the riding of Edmonton-Highlands-Norwood since winning election in 2019.

NDP Leader Rachel Notley tweeted her support for Irwin, saying she was "so proud to have her on our team."

Ealier, Premier Jason Kenney condemned the vandalism, noting there were "countless legitimate ways to register your views" without resorting to graffiti.

By Saturday afternoon, Edmontonians had come together to cover the window with paper hearts and messages of support. 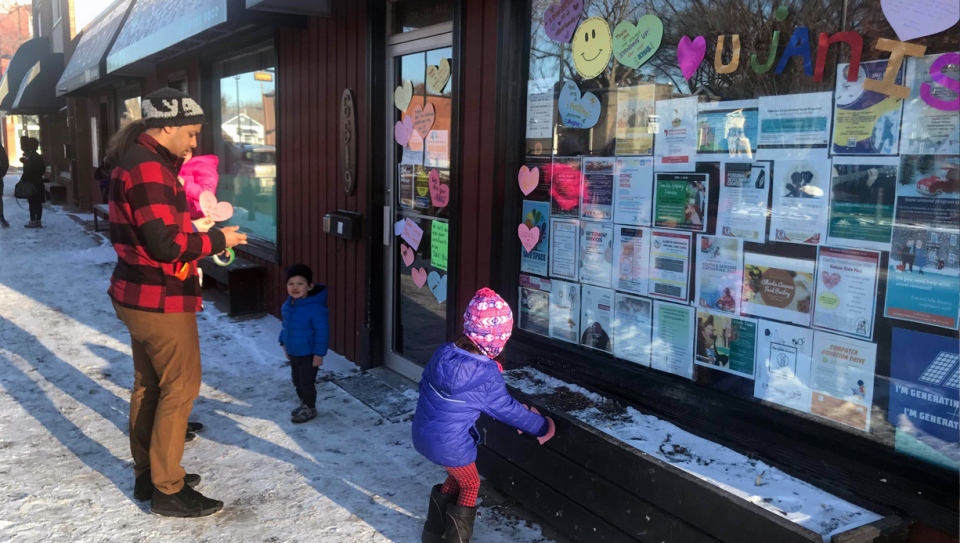 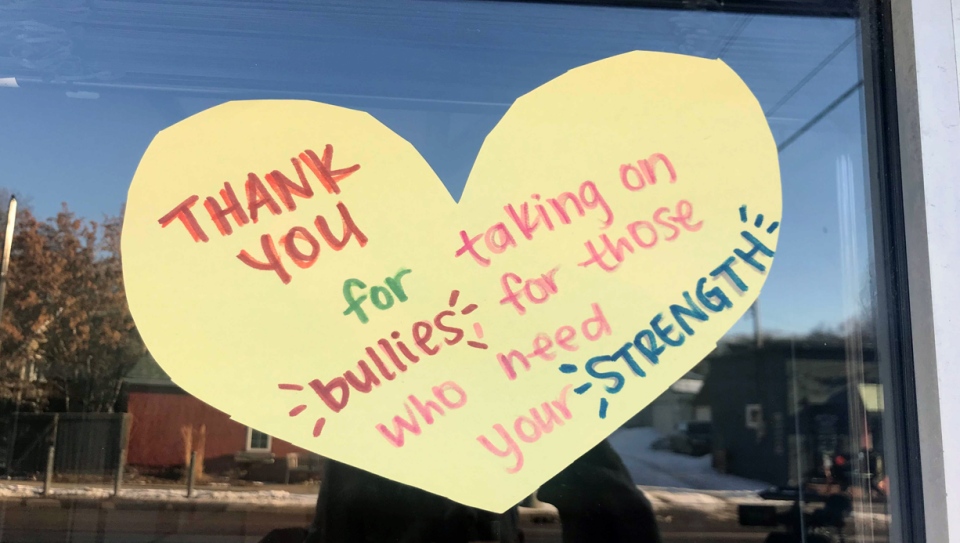