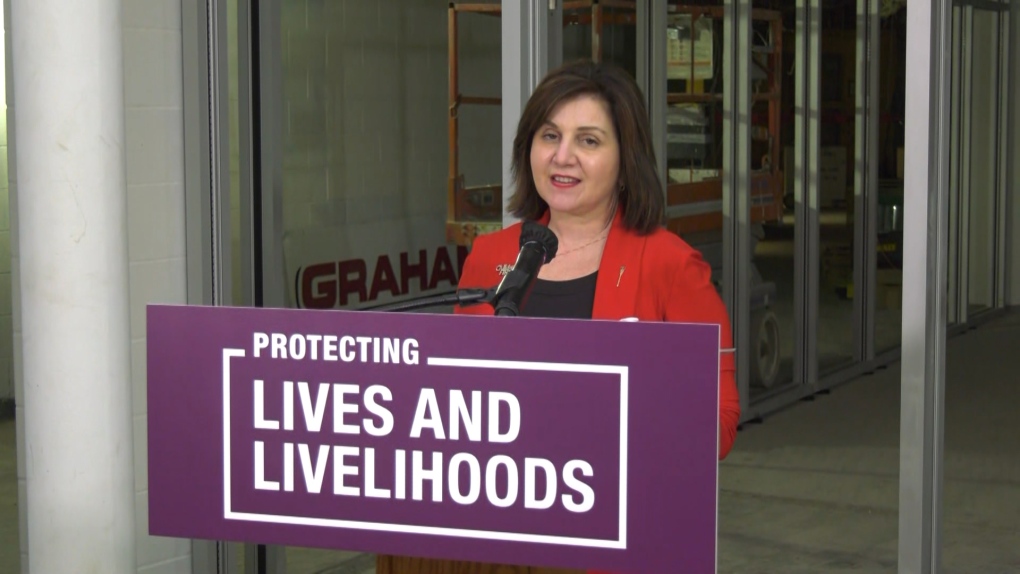 "In total there will be 8,600 new and modernized learning spaces for students this year as a result of our continued investment in education," said education minister Adriana LaGrange at an Edmonton school under construction.

The province said it plans to spend $1.6 billion over the next three years on school infrastructure.

In addition to the projects announced Wednesday, the funding will go towards more than 62 previously-announced school projects, 19 of which are expected to be completed through 2021-22.

"The capital plan investment also includes $140 million over three years to support the modular program to address the most urgent needs for space," said LaGrange. "The $90 million we will be spending this year on the modular program is the single largest amount ever for one year."

The province said the newly announced money for the Edmonton high school will go to design work.

"We are extremely pleased that the Government of Alberta has listened to the critical needs of our first capital plan priority of a new high school in Castledowns/Dunluce," said Edmonton Catholic Schools board chair Sandra Palazzo.

"Nearly 1,400 high school students reside in north Edmonton with no school option within their community. A new high school will also ease the enrolment pressures at Archbishop O'Leary High School, which is currently at a utilization rate of 116 per cent."

Palazzo added the school division needs about 30 new classrooms a year to keep up with an expected 12 per cent enrolment increase over the next five years.

In an email to CTV News Edmonton, a spokeswoman for the Catholic division said the new high school will be built west of Castle Downs Family YMCA – along 153 Avenue – and will have capacity for 1,300 students.

The board chair of Edmonton's largest school division said she was "disappointed" to see the public division's projects did not make the list.

In a news release, Trisha Estabrooks said while the board is grateful it currently has five school projects under construction, they are concerned their spacing needs are being overlooked.

"We are one of the fastest growing school divisions in Alberta and the decision to not fund any of our infrastructure projects will impact students, staff and families," she said. "Our schools and communities will continue to face space pressures."

At Wednesday's news conference, Alberta's infrastructure minister acknowledged some school divisions may feel let down but he encouraged them to "consider the bigger picture."

"No matter where in the province we invest in school infrastructure, all Albertans will benefit," said Prasad Panda. "These projects inject a much-needed economic boost into the business and communities around the province."

Here's a full list of the school projects announced Wednesday: