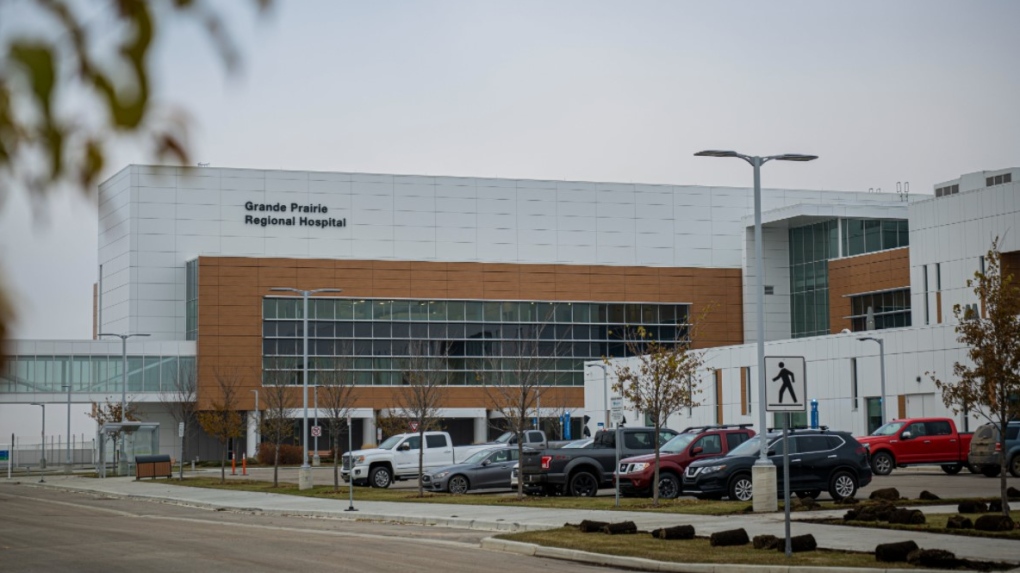 The new regional hospital will serve northern Alberta and some parts of the Northwest Territories (Source: AHS).

The Grande Prairie Regional Hospital and cancer centre was officially opened on Saturday following a decade of construction and nearly three months after it first began serving patients.

The $870-million will take over from the Queen Elizabeth II (QEII) Hospital as the city’s acute care hospital.

“This will make a real and tangible impact in the lives of our residents,” said Grande Prairie Mayor Jackie Clayton.

The facility includes 243 private in-patient rooms, an increase of 62 from the QEII Hospital, as well as a 28-bed mental health unit and two radiation vaults to treat cancer patients. The hospital is the fifth in the province, and only facility in northern Alberta, to offer radiation therapy.

The GPRH will serve a catchment area as far north as High Level and into the Northwest Territories, with patients as far south as Grande Cache and east as Peace River.

Construction for the project was initially announced in 2007 with a planned 2014 opening date.

That date changed to 2018, but by 2015 the province said the project was two years behind schedule and $89 million over budget.

In 2018, the NDP government dismissed the contractor, Graham Construction, and halted construction.

Graham Construction said the province was to blame for costs overruns and delays as it continued to change designs so many times that completed work had to be torn down.

A new contractor, Clark Builders, won the bid to continue construction on the hospital with work completed three months ahead of schedule.

In July last year, AHS took possession of the facility and installed equipment alongside performing a deep clean.