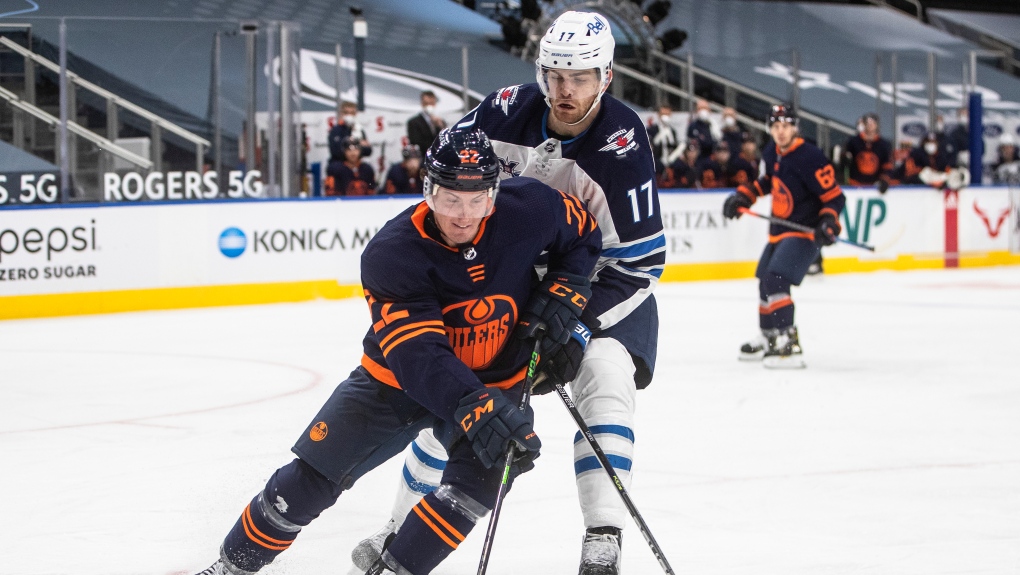 The Toronto Maple Leafs and the Montreal Canadiens will meet in the playoffs for the first time in 42 years when the 2020-21 NHL post-season gets underway.

The seeding for the four playoff teams in the North Division was finalized Tuesday night when the Winnipeg Jets beat the Vancouver Canucks.

The result locked the Jets into the third spot and a playoff date with the second-place Edmonton Oilers, while division-leading Toronto will take on fourth-place Montreal.

It will be the 16th playoff meeting between the Original Six clubs but the first since Montreal swept Toronto in the 1979 quarterfinals.

That a playoff rematch has taken so long to materialize is strange, given that the teams have competed in the same division since the 1998-99 season.

The Jets will be facing the Oilers for the first time since the NHL returned to Manitoba's capital in 2011-12.

The original Winnipeg Jets faced the Oilers six times in the post-season between 1983 and 1990, with Edmonton winning each time.

This report by The Canadian Press was first published May 12, 2021.