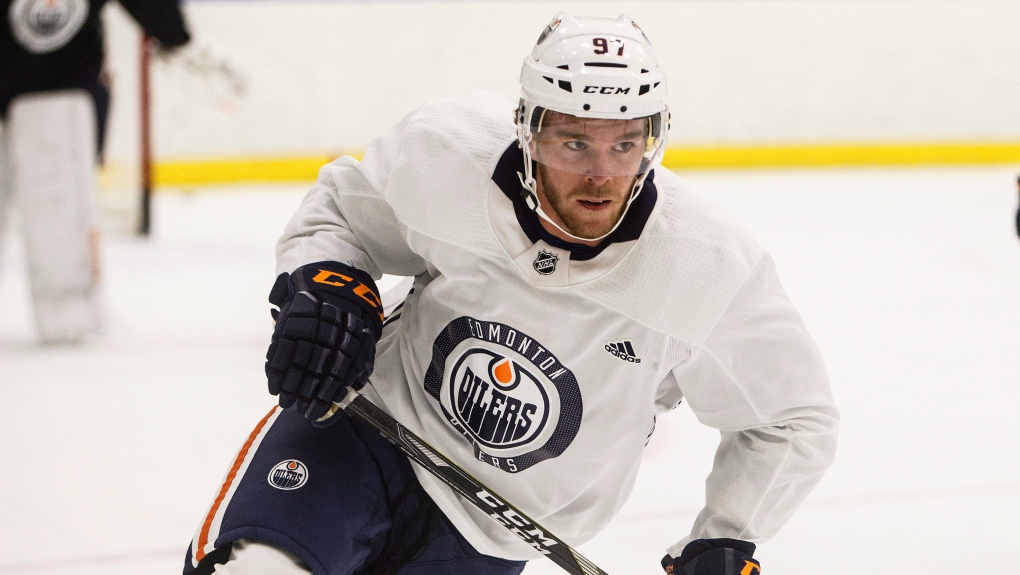 Hearing his name called by the Edmonton Oilers, the roar of the crowd, climbing on stage, the hand shake with commissioner Gary Bettman, pulling on a crisp, new jersey.

“It's such a special experience,” McDavid recalled recently. 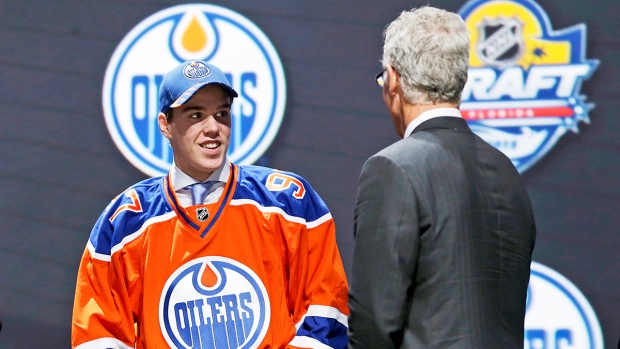 Things, however, will be vastly different for the class of 2020.

The presumptive No. 1 pick at the upcoming draft, Alexis Lafreniere looked set to feel the same swell of emotions next month at the Bell Centre in Montreal, a short drive from his hometown of Saint-Eustache, Que.

That was before the COVID-19 pandemic brought hockey, and much of society, to a screeching halt.

The NHL postponed its draft and annual combine - a crucial event where teams get to interview, poke and prod more than 100 of the sport's top prospects - two weeks after the season was paused March 12 with 189 games left on the schedule.

Plenty of big decisions remain, including whether or not the league can return to play later this spring or summer in some capacity, but one thing is almost certain: once the order is determined and a date is set, this draft will look very different.

The league could go for a virtual format done exclusively online or a scaled-back version similar to 15 years ago, when it was held in a hotel ballroom following the conclusion of the lockout that wiped out the 2004-05 season.

“I was actually joking with my friends (the draft prospects) are lucky they don't have to do the combine,” McDavid said in reference to the gruelling physical tests. “But they're going to miss out on a lot.”

The NFL pulled off all seven rounds of its remote draft last week with few hiccups.

In an era of self-isolation and physical distancing, football executives made their selections from home, while players shared the experience with their families in similar settings.

The likes of Lafreniere, a star winger with the Rimouski Oceanic of the Quebec Major Junior Hockey League, centre Quinton Byfield of the Ontario Hockey League's Sudbury Wolves and the rest of this year's draft class will likely be in the same boat.

“It's such a cool experience,” Winnipeg Jets winger Kyle Connor said of getting selected 17th overall in 2015. “It's something I'll remember forever. I feel for those guys ... it just needs to be done at this point.”

“It was one of the greatest moments in my life,” added Ottawa Senators defenceman Thomas Chabot, who was picked right after Connor in 2015. “(This is) a different situation, it's part of what we're going through right now.”

But Jets centre Adam Lowry said having a virtual draft might make the experience more enjoyable for players not expected to hear their names called early.

Lowry and his brother, Joel, were both eligible in 2011, but decided to stay home and watch with family.

“It takes away a little bit of the stress,” Adam Lowry said. “For the guys in the first round that get to walk on the stage and put the jersey on, that's very special. For me, I knew that wasn't going to be the case.”

Lowry wound up getting selected 67th by Winnipeg, while his sibling went 140th to the Los Angeles Kings.

“You didn't have to stress as the rounds were passing,” Adam Lowry said. “You weren't sitting in the stands sweating in your suit.”

Montreal Canadiens winger Brendan Gallagher also stayed away in 2010 and only learned he'd been selected 147th after answering a phone call from the team.

“I didn't want to go and not get drafted,” Gallagher said. “That would have been a terrible feeling.”

Leafs forward Jason Spezza, who went No. 2 to Ottawa back in 2001, said the draft is more of a media spectacle now than it was nearly two decades ago, but all he could think about at the time was getting on the ice to prove he belonged.

“As a young player, you're always looking towards the next thing,” said Spezza, who turns 37 next month. “You're hungry. I remember getting drafted at it was just like, 'OK when's the rookie camp and when's training camp?' You're just trying to continually move forward. But for your family, it's a good time to reflect and be proud of the accomplishment. I feel for the families who don't get to celebrate it quite the same way.

“But it's actually just a small thing on a long list of things that happen to you in your hockey career. I think guys will appreciate the fact that what's going on in the world takes more of a precedent.”

McDavid said it's really that simple.

“There's lots of people missing out on lots of things right now ... but we've all got to do our part.”

This report by The Canadian Press was first published May 1, 2020.