No arrests made in Terwillegar Heights incident 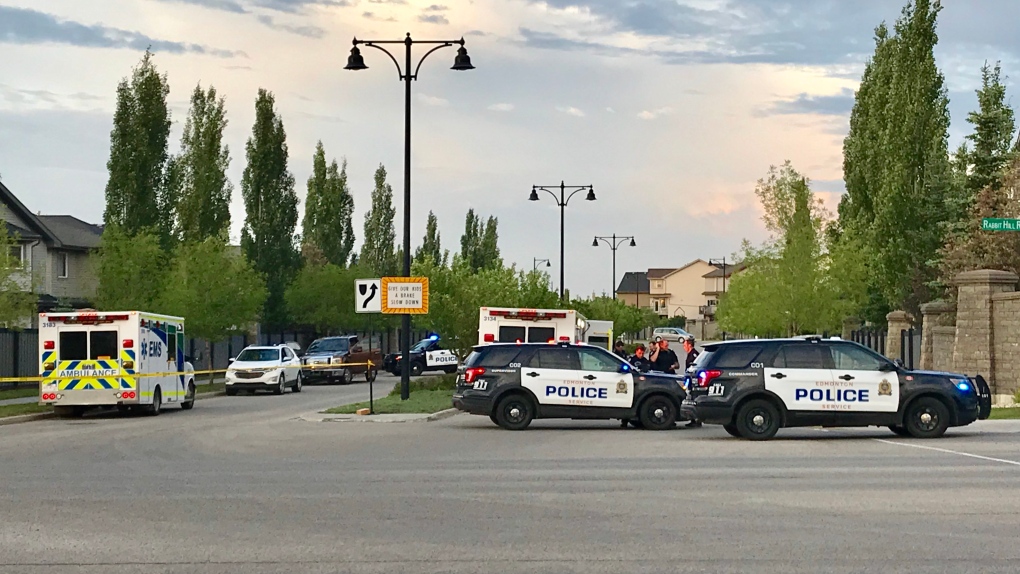 Police block off a portion of Magrath Boulevard Sunday evening.

Police are still searching for a suspect or suspects after an incident in Terwillegar Heights on Sunday evening.

A spokesperson for Edmonton police told CTV News a suspect vehicle was fleeing from police when it was involved in two collisions.

The occupants ran from the scene on foot.

Air 1 and police canine units were called in to help with the investigation while officers canvassed the neighbourhood.

A portion of Magrath Boulevard was closed due to police blocking off the roadway.

A smashed pickup truck could be seen behind the police tape.

Police have not confirmed why they were attempting to stop the vehicle.