No injuries after car smashes through front of southside daycare

EDMONTON -- There were no injuries but some scary moments when a car crashed through the front window of a daycare in Edmonton's southside Thursday morning.

According to police, an 82-year-old woman driving a black Audi A4 lost control while attempting to park their vehicle. The car went into the Educare Learning & Childcare Services storefront on Saddleback Road NW.

There was no one inside the building and the driver of the vehicle was not hurt.

Investigators determined it was due to driver error but said no charges are being laid.

A tow truck was on scene just after 9 p.m. to remove the vehicle from the daycare.

Edmonton fire crews were also called in to check out gas lines.

There was no serious structural damage to the building. 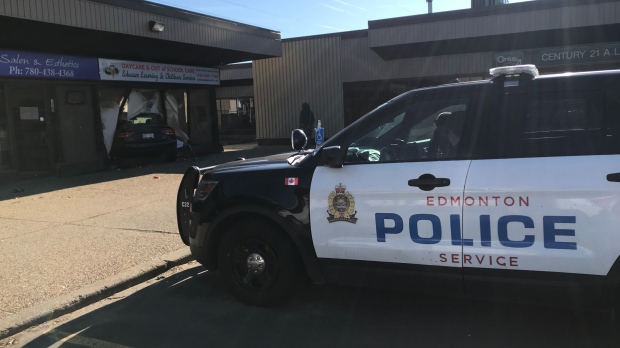