No injuries reported after vehicle fire on Groat Road 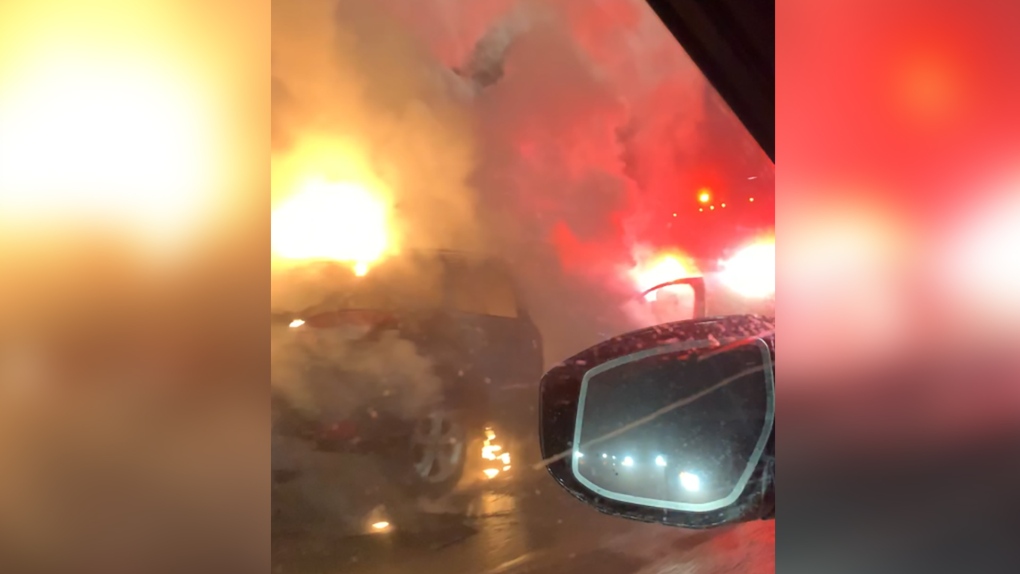 The fire broke out on Groat Road between 102 Avenue and the Groat Road Bridge shortly after 7 a.m.

Edmonton Fire Rescue Services said two vehicles were involved in a crash before the fire started.

Flames can be seen shooting into the air from the fire, and a witness tells CTV News Edmonton that he could feel the heat from the fire as he passed by in the opposite direction.

My colleague took this photo as she passed the vehicle on fire! @ctvedmonton #yegtraffic pic.twitter.com/6EDRmMBx2C