EDMONTON -- Edmonton’s most popular comedy club is considering filing a lawsuit after being shut down by health authorities this week.

On Wednesday, The Comic Strip in West Edmonton Mall, was ordered to close by Alberta Health Services, who said comedy clubs are not permitted under the first stage of reopening. 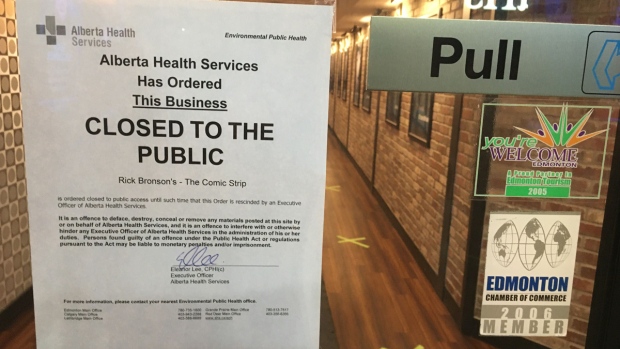 The Comic Strip had already hosted several standup performances between May 14 and May 20, the day it received the closure order. According to the owner, the club welcomed audiences of approximately 75 people or under 25 per cent capacity (full capacity is 425) without any issues.

“They call me on the phone to tell me I'm immediately being shut down. I said, ‘Why?'” Rick Bronston said, who added he was blindsided by AHS’ decision.

In a statement to CTV News, AHS said it “consulted with The Comic Strip (Wednesday) to explain their status of meeting compliance” under current public health orders.

“The Comic Strip, an Entertainment Company, does not currently fall under Stage 1, therefore a Closure Order was issued,” the statement read.

According to Alberta Health, as an entertainment company, The Comic Strip is classified as a Stage 2 business, for which there is currently no relaunch date.

“I just don’t feel they can be putting every business in a one size fits all category,” said Bronson. 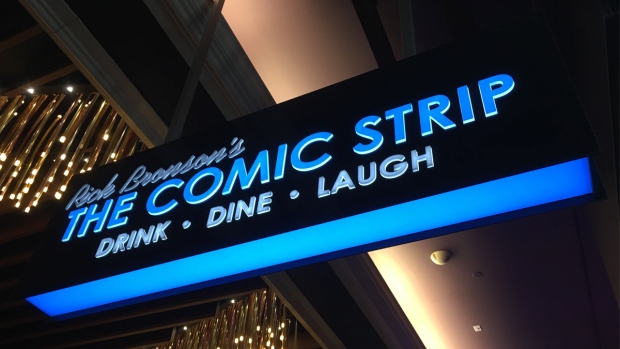 Comedy clubs and theatres remain closed due to the potential for increased public health risks. Alberta’s chief medical health officer said Thursday that activities such as singing, cheering, and laughing can increase the risk of spread of COVID-19 beyond two metres.

Bronson said he understood the rationale given by Dr. Hinshaw, but questioned how the risk doesn’t apply to other hospitality businesses where people are gathering.

“If the danger is an audience laughing or people roaring or being exuberant, I hate saying this to my fellow hospitality friends but I would suggest to you that you need to shut down every bar and restaurant, because people aren’t going there to have a bad time.”

The Comic Strip is far from the only entertainment company impacted by relaunch stage restrictions.

Spotlight Cabaret, just off Whyte Avenue, played host to a variety of entertainment acts before the pandemic. Its owner, Aimée Beaudoin, said she understands the danger in having groups of people laughing or cheering. 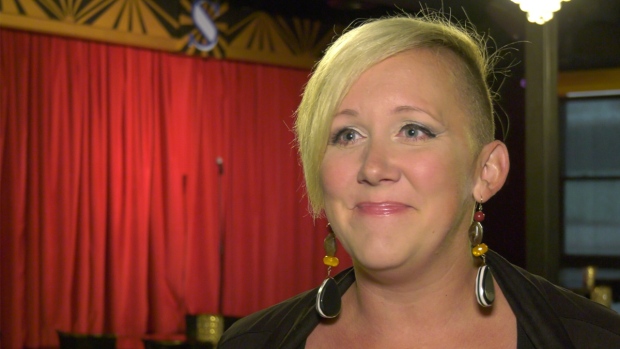 “That makes complete sense to me that the issue is with the audience laughing,” said Beaudoin, who wished the rationale for entertainment venues not being allowed to open was more consistent from the start.

“The reasoning that I’d gotten before that was more about microphone sanitation, people from Calgary coming to see the shows. Things that, to me, were easily rectified.”

Beaudoin told CTV News that up until May 14, she was working with Alberta Gaming Liquor and Cannabis officials on exactly what entertainment acts would be permitted, until being told at the last minute they could not have any. 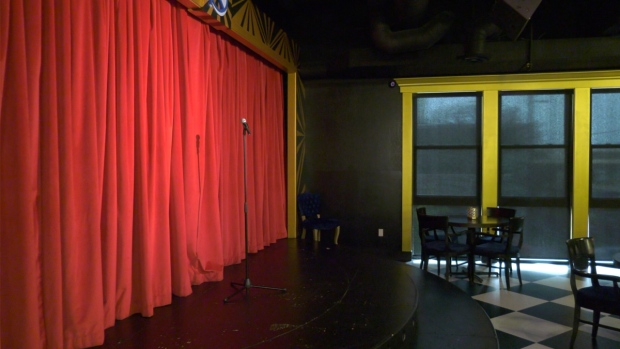 “It was unfortunate we got told so late,” said Beaudoin, who added her venue had to cancel performers and issue refunds.

“There’s just been a lack of clarity as far as our very unique performance venue, which is a restaurant bar with a stage.”

Beaudoin said in the discussion leading up to relaunch, there was also confusion surrounding comedy acts.

“Improv, stand-up … It wasn’t specifically laid out. There wasn’t a comedy piece of paper or law or note or guideline,” said Beaudoin.

In the interim, Spotlight Cabaret had been operating solely as a restaurant.

On Friday, Beaudoin said Spotlight Cabaret had since been told to shut down by AHS because of its license as an entertainment venue. 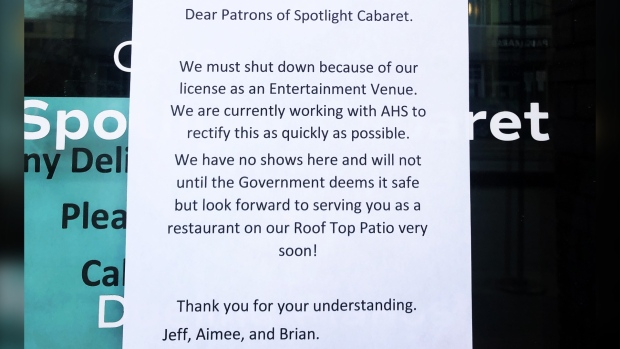 In a statement to CTV News, AHS said, “We are currently reviewing a proposal for food service only on the Spotlight patio. We greatly appreciate the flexibility of Spotlight Cabaret and their commitment to helping Alberta reopen safely."

At The Comic Strip, pivoting to operate as a restaurant, if it is even allowed, is trickier, given its business model and location, on Bourbon Street.

Bronson, who believes the closure was “heavy-handed,” wants to meet with AHS officials to demonstrate that his business can be operated safely.

“I appreciate that AHS is trying to keep us safe; all I’m asking is for AHS to come down, and meet with me.”

“Otherwise my attorneys are prepared to file a legal notice.”