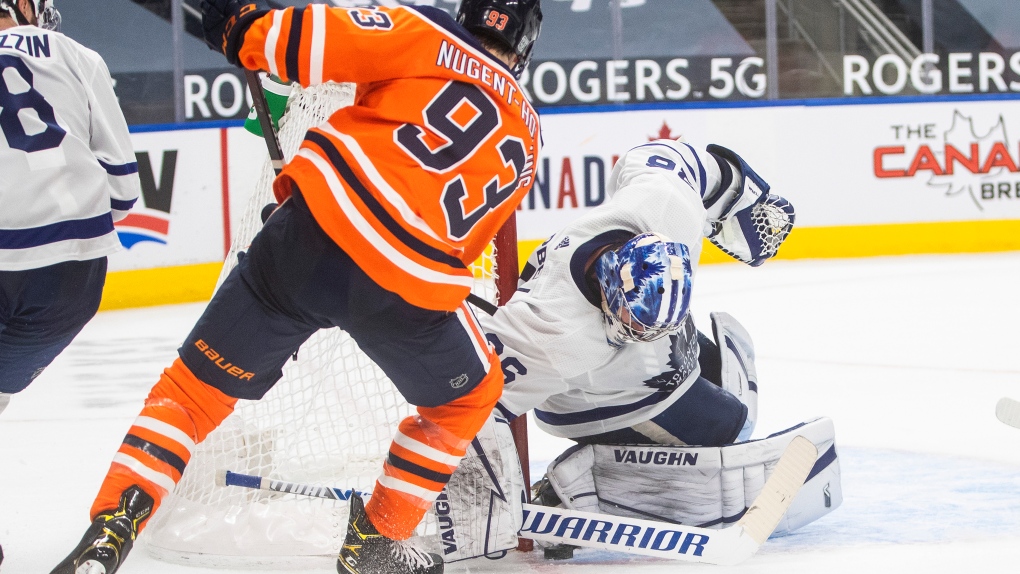 EDMONTON -- Mitch Marner had a goal and an assist, Jack Campbell made 30 saves for his third career shutout, and the Toronto Maple Leafs defeated the Edmonton Oilers 4-0 on Saturday in the opener of a three-game set.

William Nylander, Jason Spezza and Zach Hyman also scored for Toronto (16-4-2), which was without NHL goal leader Auston Matthews because of a wrist injury. John Tavares added two assists as the Leafs stretched their lead atop the North Division to six points over the Oilers.

Mike Smith stopped 25 shots as Edmonton (14-9-0) saw its five-game winning streak come to an end after Toronto held Connor McDavid and Leon Draisaitl, who sit first and second in the league's scoring race, at bay on a frustrating night for the home side in the Alberta capital.

The teams continue their series Monday and Wednesday back at Rogers Place.