Very little is left of a northern Alberta Catholic church that went up in flames early Thursday morning.

RCMP said a blaze at a Catholic church in Fort Chipewyan was reported at 2:34 a.m.

A community member identified the building as the Nativity of the Blessed Virgin Roman Catholic Church, built in 1909.

In the video, flames have engulfed the structure and he soon pulls back, fearful a fuel tank has caught on fire.

"Over 100 years in history, gone up in flames. This was uncalled for. This was a beautiful church," Adam comments.

The AFCN council later put out a statement that read in part, "Even though the relationship between Indigenous Peoples and the Roman Catholic Church is complicated, the loss of the church will be deeply felt in the community.

"During the fire that consumed the church in the early morning hours of August 25, over one hundred years of history in the community was lost, a history that included marriages, funerals, and hundreds of other significant moments in the community." 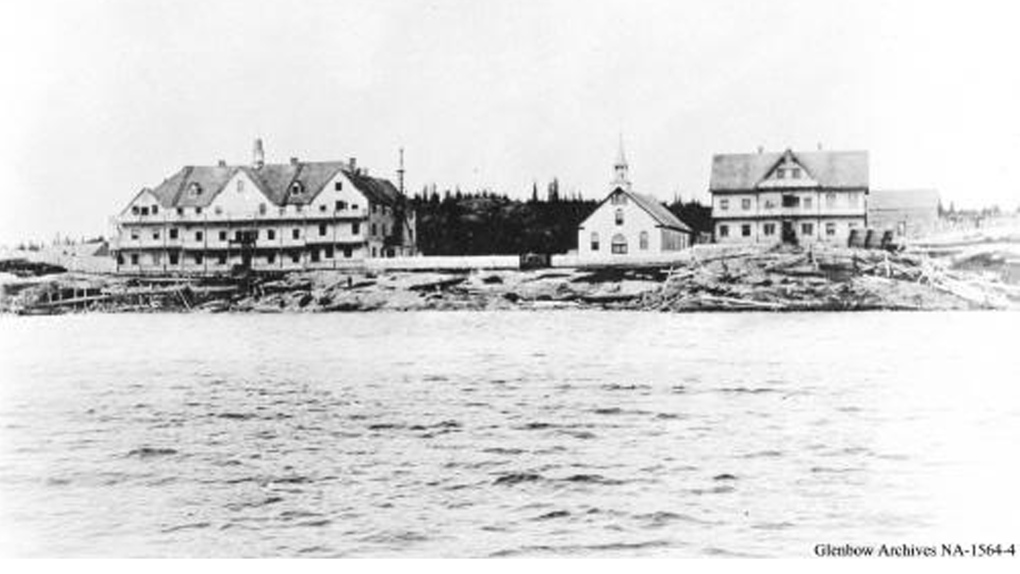 According to a national database, the Nativity of the Blessed Virgin Roman Catholic Church was built by the Oblate missionaries after a Roman Catholic mission was established there in 1849.

A residential school called the Holy Angels School was founded in the 1870s. When it moved to a new building, a day school was operated out of its former building.

The one-and-a-half storey wood frame building that burnt down early Thursday morning was the third church erected by the Catholics in the community.

RCMP Corp. Troy Savinkoff said the cause of the fire is not known yet, but the blaze will be investigated as suspicious. He also confirmed RCMP did not receive any threats about the church prior to the fire.

Anyone with information is asked to contact Fort Chipewyan RCMP at 780-697-3665.

Alberta Forestry helped local firefighters extinguish the blaze. Flames did not spread to any other building.

Only the foundation remained after the flames were fully out. 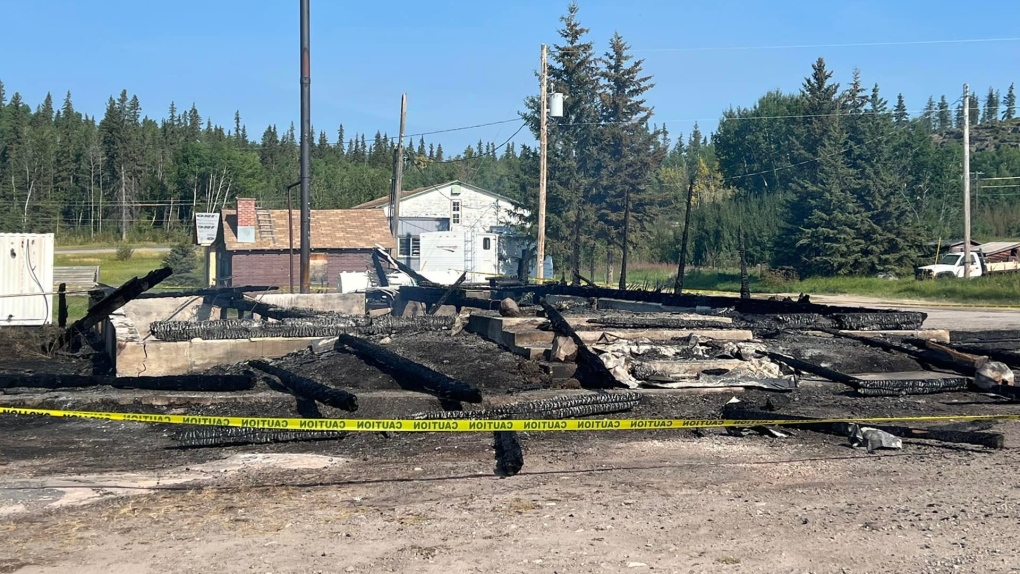 A church in Fort Chipewyan, Alta. was destroyed by fire on Aug. 25, 2022. (Source: Bernice Mercredi)

A CENTURY OF HISTORY

Blue-Eyes Simpson, an Indigenous-Métis elder who grew up in the community, is a devout Catholic. She has many memories of the church from her childhood. 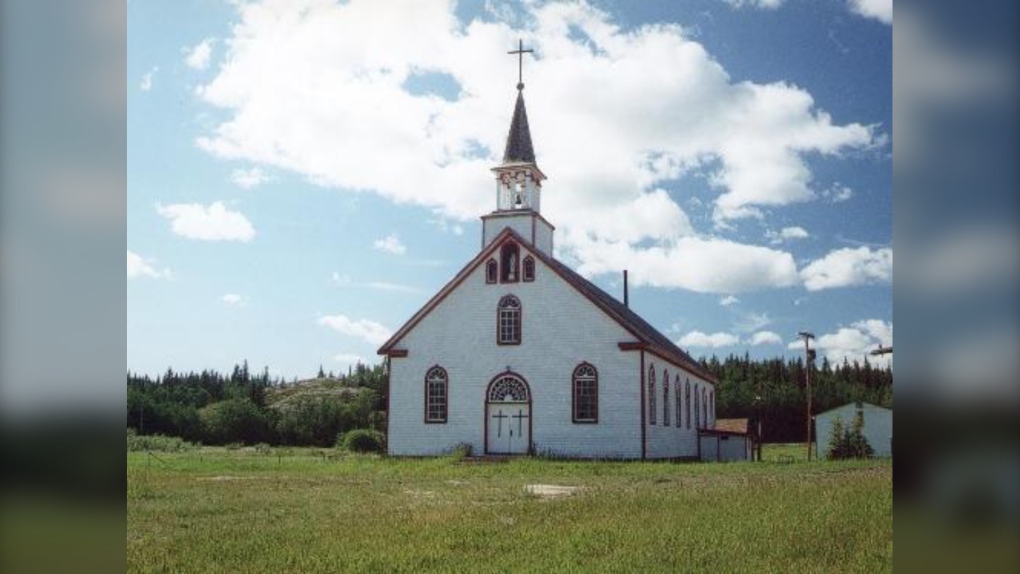 "It was very beautiful inside. It had the paintings, the drawings, the paintings up into the ceiling sides. Everything was painted with berries, the colours, so it's been around for 113 years and it has so much history,” she told CTV News Edmonton.

“As a child and as a young teenager growing into my older years, even though it had closed its doors more regularly, we still could hear the elders singing in our Indigenous languages and those memories just resonated with us all the time.”

She says the church no longer had a regular priest, but one would come in for funerals, weddings and baptisms.

She heard fire bells around 2:30 a.m. on Thursday, and drove over to the church site. 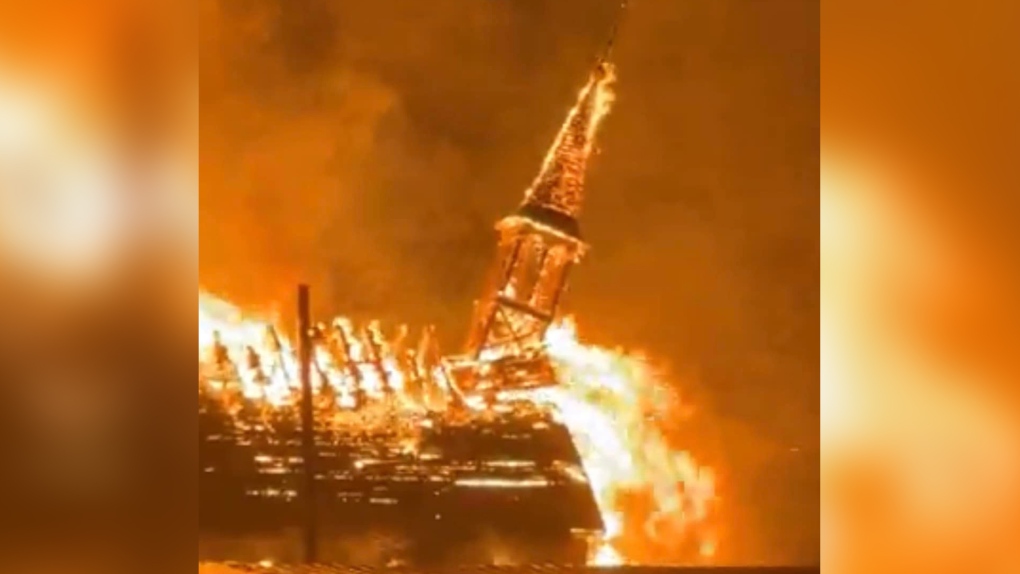 A church in Fort Chipewyan, Alta. was destroyed by fire on Aug. 25, 2022. (Source: Bernice Mercredi)

"There was no slow burning. This was fully, fully engulfed. Orange right from the beginning to the end," she recalled of watching the building burn from a dock on Athabasca Lake south of the church.

"Very heartbreaking to see and just to feel, you know, what is happening.”

She said some community members had been concerned for the church because of arsons at other Catholic churches following the discoveries of graves at residential school sites with ground-penetrating radar.

“Some have very mixed feelings with what has transpired. Some have mixed feelings about our church being there. But a lot of it is – it was a historical site. For us, as I said before, it held a lot of memories.”

She says Fort Chipewyan is considering bringing ground-penetrating radar to their community. 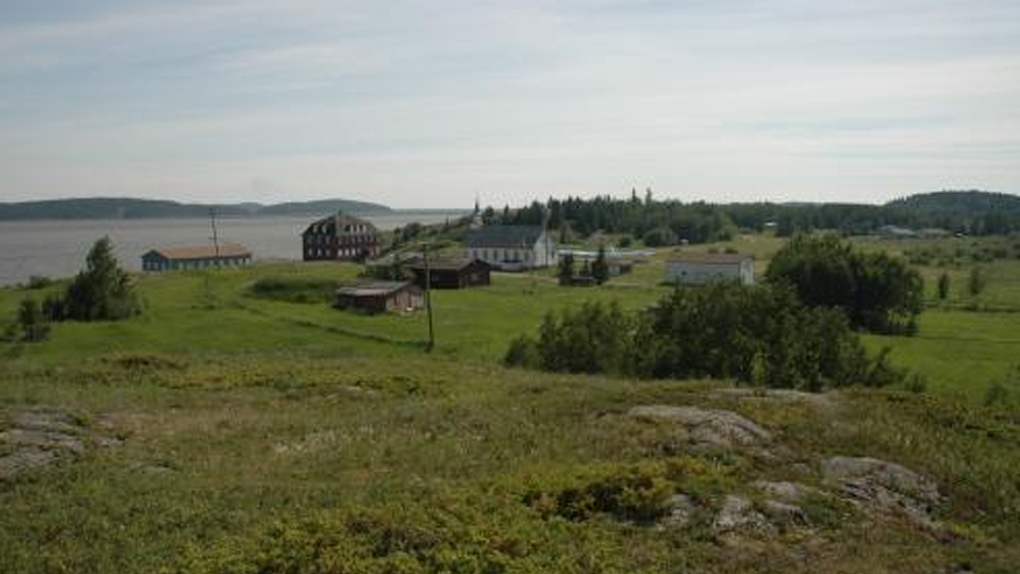 She hopes Father’s House, the building across from the church which has a small chapel inside, will be fixed up to be used in the future.

"It is unfortunate timing that this happened just days after our Truth Scanning Gathering took place. It leaves many with mixed emotions, however, our people are united and strong and will get through this together. We will also support our members and the community in any way we can."

Kendrick Cardinal, president of Fort Chipewyan Métis Nation, acknowleged his community held a number of different emotions about the church.

“The Fort Chipewyan Métis Nation have mixed feelings about the Catholic Church burning in our community. This church holds different meaning for each of us. This church is used for worship, funerals and weddings, and it also has deep and complex history attached for residential school survivors and their families," he noted.

"We are deeply saddened for the people that still practice the Catholic faith, and who will no longer have this church to attend. We are a strong people in Fort Chipewyan, and we will get through this time together. Fort Chipewyan Strong."

The hamlet of roughly 800 in the province's far northeast can only be accessed by plane for most of the year.

Canada's transport minister says the federal government and the country's aviation sector are working on strengthening the passenger bill of rights following a summer plagued by delayed and cancelled flights.

Ontario passes housing bill despite criticism from municipalities over funding

There was talk of impeachment Monday at the Trump Organization's criminal tax fraud trial -- not former President Donald Trump's, which happened twice -- but whether lawyers for his company were angling to impeach their own witness, longtime Trump accountant Donald Bender.

The Pakistani Taliban on Monday ended a months-long cease-fire with the government in Islamabad, ordering its fighters to resume attacks across the country, where scores of deadly attacks have been blamed on the insurgent group.

Notable moments, political statements made in Week 1 of the World Cup

As much as the action on the pitch has captivated fans across the globe, the 2022 World Cup in Qatar has also made important headlines for incidents off the pitch.