Notley facing waves of criticism over photo radar stance, including from Don Iveson 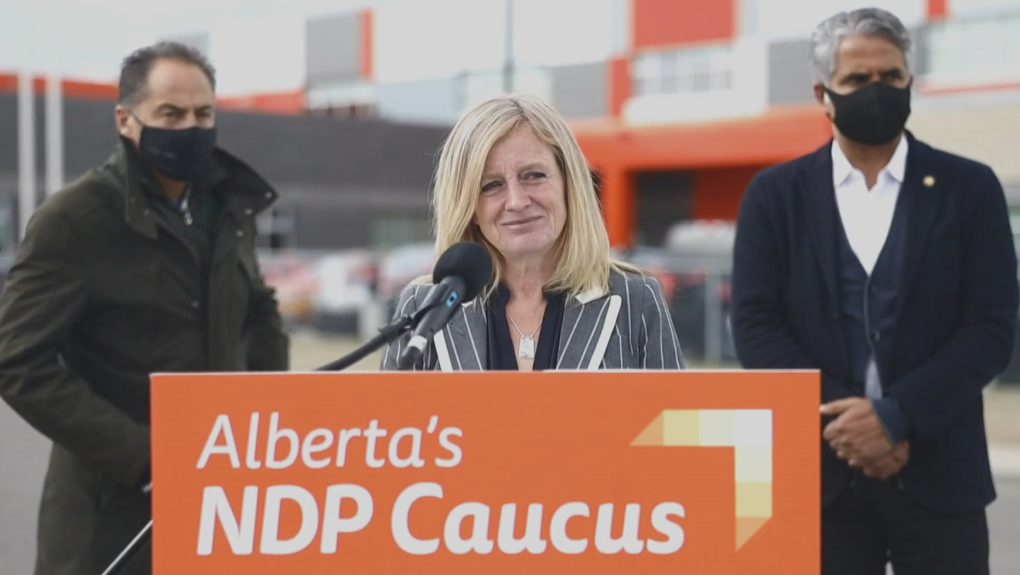 Edmonton's former mayor hadn't tweeted about politics for weeks before he took a shot at Rachel Notley Thursday.

The issue, the NDP leader's stance on photo radar, which was attracting criticism from progressives and conservatives alike.

"Jason Kenney’s UCP government will continue to hit Alberta drivers with costly photo radar tickets, despite a lack of evidence that they contribute to traffic safety," Notley tweeted Wednesday night after changes were announced by the government.

Iveson responded by calling out Notley directly, in front of his 162,000 followers.

"I know nobody likes to get a ticket for driving too fast, but let’s not aim to beat populism with populism please," he wrote in a quote tweet.

Through a spokesperson, Notley refused to take questions from CTV News Edmonton on the issue Thursday.

Iveson also did not immediately respond to a request for comment.

"This is absolutely the wrong take. As a monthly donor, statements like this make it hard for me to continue supporting you financially," Edmonton resident Harrison Sheremeta wrote.

"Ms. Notley, not only is that irresponsible, but it is untrue and you know it," said Ryan Hastman, who is chief of staff to Alberta's transportation minister.

Hastman linked to a report prepared for Notley's government in 2018 which concluded that collisons decreased slightly as a direct result of automated traffic enforcement.

On Wednesday, Edmonton's mayor, a councillor and its director of safe mobility all said that photo radar is an important "tool" in street safety.

"There has been a measurable change in people's safety on our streets over the years because of all of the tools we've been using," Coun. Andrew Knack said, including automated traffic enforcement in that.

Despite the reaction online, a local political scientist said the reason for Notley's tweet is obvious.

"It's a very popular policy approach and it will likely win her votes in the small towns of Alberta," said Chaldeans Mensah from MacEwan University.

Mensah allowed that Notley's stance likely won't be popular with urban progressives, but he feels the gamble is worth it because those people are still likely to vote NDP in 2023.

The idea is to gain rural and suburban votes, where the NDP needs gains, Mensah said.

"So if they can devise policy approaches that takes a couple of votes away from the opposition, hey, it's pretty good on their part."

Mansah called Iveson's shot at Notley a "kerfuffle" that likely won't amount to more animosity between the two progressive leaders, because they still agree on most things.

"The charge of populism is a bit overblown," he said.

"You need to take the whole package of what a politician is pursuing in terms of his or her approach to politics. And I don't think Rachel Notley can remotely be accused of being a populist."

A full list of the rule changes and the dates they come into effect is on Alberta's website.

I know nobody likes to get a ticket for driving too fast, but let’s not aim to beat populism with populism please. https://t.co/lR0eTyNg9k

Students in Ontario, Quebec, Manitoba and Nova Scotia return to school amid Omicron

Millions more Canadian students will head back to school today as officials across four provinces work to keep classrooms safe from COVID-19 and the threat of Omicron-driven staff shortages.