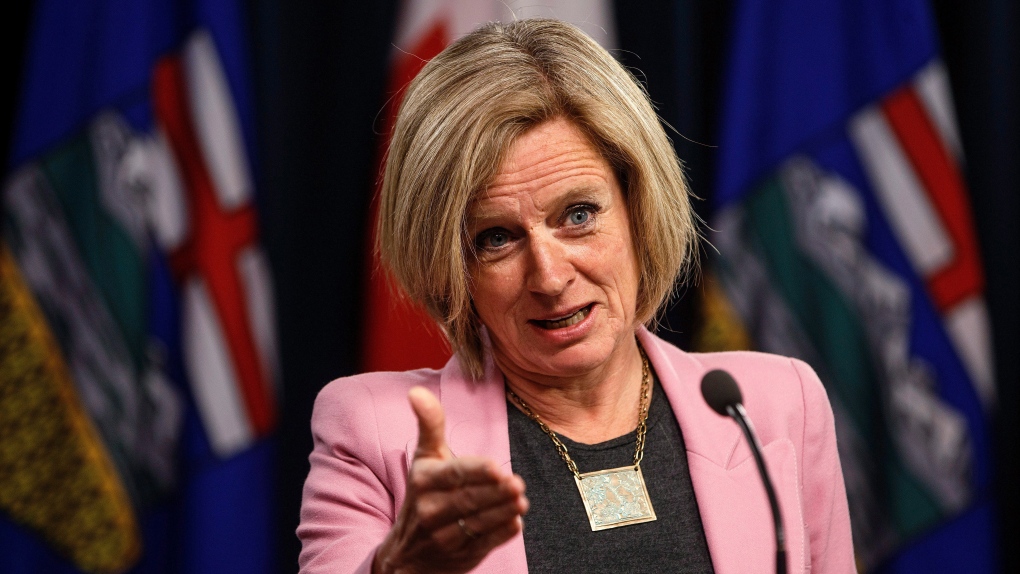 Alberta Premier Rachel Notley updates reporters on the progress of the Kinder Morgan pipeline in Edmonton on Wednesday, May 16, 2018.THE CANADIAN PRESS/Jason Franson

Alberta Premier Rachel Notley will not be attending the Western Premiers’ Conference in Yellowknife this week.

“With 10 days remaining before Kinder Morgan’s deadline, Premier Notley’s only priority is working with the federal government and Kinder Morgan to secure the construction of the pipeline. Therefore, she will [stay] in Alberta to work on and complete the deal.”

A tweet by Notley said deputy premier Sarah Hoffman would attend the conference on Notley’s behalf.

With 10 days remaining before Kinder Morgan’s deadline, my only priority is to make sure the pipeline gets built. So, I won’t be going to the Western Premiers’ Conference this week. Deputy Premier @shoffmanAB will be attending the conference on my behalf. #AbLeg #bcpoli

In another tweet, Notley said: “It would be surreal and exceptionally tone deaf for anyone to think we could politely discuss pharmacare and cannabis when one of the players is hard at work trying to choke the economic lifeblood of the province and the country.”

In recent months, Notley and B.C. Premier John Horgan have publicly disagreed over the pipeline expansion project. Both were scheduled to attend the conference, which starts Tuesday.

Kinder Morgan has set a deadline of May 31 to get assurance it can build a pipeline through B.C., or it may scrap the project.

The company has stopped all non-essential spending until it is assured the project can move ahead without delays.