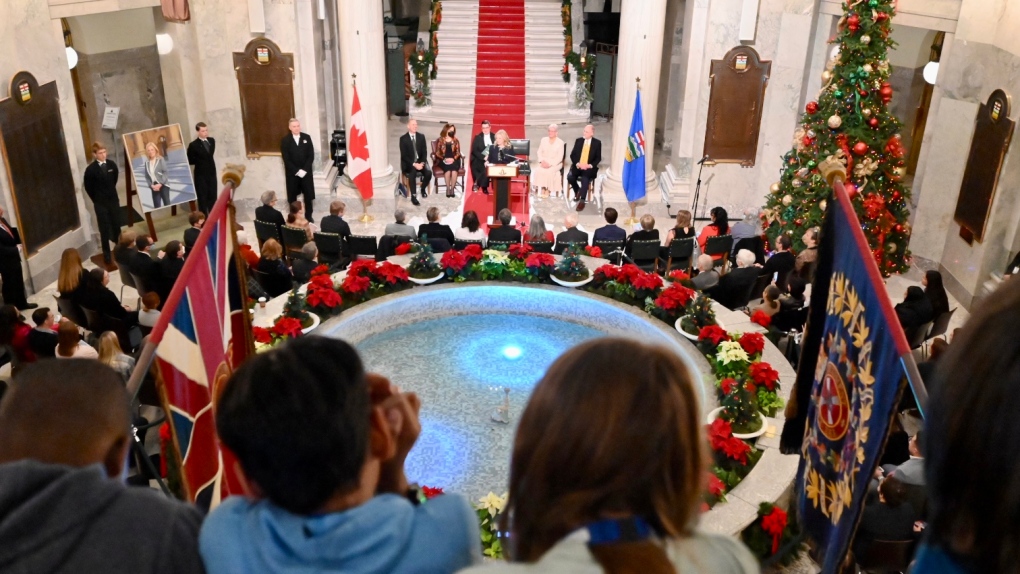 Rachel Notley shed a tear, gave a speech and accepted the honour of an official portrait as it was revealed during a customary ceremony Thursday.

She also said, with a big smile, that she hopes to earn another painting by returning to the premier's chair soon.

"I remain very much focused on my future," Notley said.

"So I guess what I'm saying is, with your permission Mr. Speaker, I'd like to begin my 30-minute address laying out my case for a second portrait."

The NDP leader served as the 17th premier of Alberta from 2015 until 2019, when her party lost an election to Jason Kenney and the United Conservative Party.

The portrait was hung on the wall next to Notley's predecessor, the late Jim Prentice, who she beat in the 2015 election to become premier.

“With a public service career as an elected official spanning nearly 15 years, Rachel Notley embodies the true definition of a statesperson,” Cooper told the crowd before Notley's speech.

“Her service has earned the respect of her constituents and citizens throughout the province.”

Notley joked that she plans to take Cooper's comments and print them on campaign literature, which drew laughter from both the crowd and the speaker.

The NDP leader shed a tear when she spoke about how she chose to be painted on the front steps of the legislature, and asked that the front doors be open. 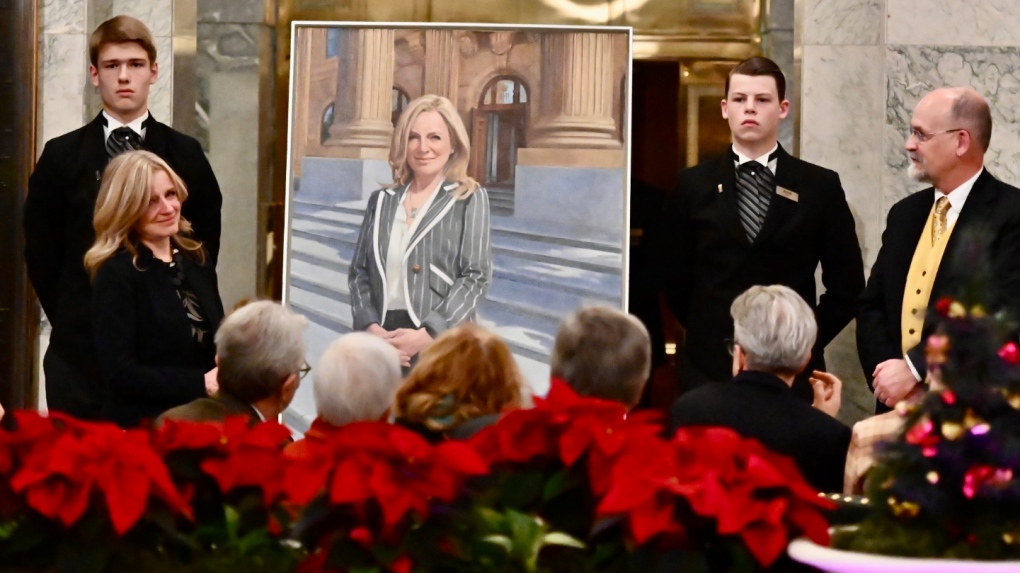 Former premier and NDP Leader Rachel Notley accepts her official Alberta Legislature portrait on December 8, 2022 (Source: Legislative Assembly of Alberta.)"As with many of the people in this room today, my political career really began as an activist…I walked to this legislature, across the High Level Bridge, to protest for peace alongside my mother," an emotional Notley said.

"Government is at its best when it is open to the people of Alberta. When it is listening to their concerns, when it is acting always with their best interests at heart."

Alberta's current premier, Danielle Smith, was not there.

"However she attended an important meeting with the Kee Tas Kee Now Tribal Council and a caucus meeting. Deputy Premier Nathan Neudorf joined the unveiling ceremony in her place."

Notley deflected questions about whether or not she felt snubbed by Smith at a press conference later in the day.

"Honestly, I don't know. I'm sure she had her reasons," the NDP leader said.

"I was pleased that Deputy Premier Nathan Neudorf was there. I appreciated his comments."

Notley attended portrait ceremonies for former premier Dave Hancock in 2017 and Prentice in 2019. There was no ceremony for Alison Redford in 2016 because she chose not to attend.

The NDP leader thanked dignitaries who were there and said she's far more concerned now about the state of the economy, the cost of living and the health and education systems. 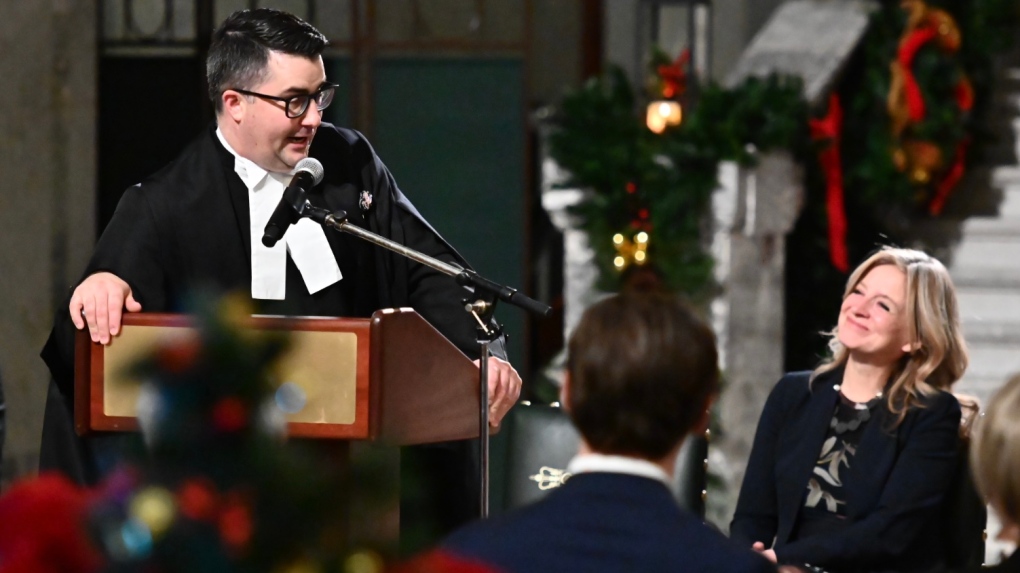 Speaker Nathan Cooper and NDP Leader Rachel Notley tease each other at the unveiling of her official legislature portrait on December 8, 2022 (Source: Legislative Assembly of Alberta.)"At this point now I'm much more focused, not on historical accolades, but on future efforts with respect to the next election," Notley said of Smith's absence.

She also wasn't sure if she'll actually be entitled a new portrait if she becomes premier again.

"I think that would be a bit unprecedented, so I don't know that I know the answer," she said with a smile.