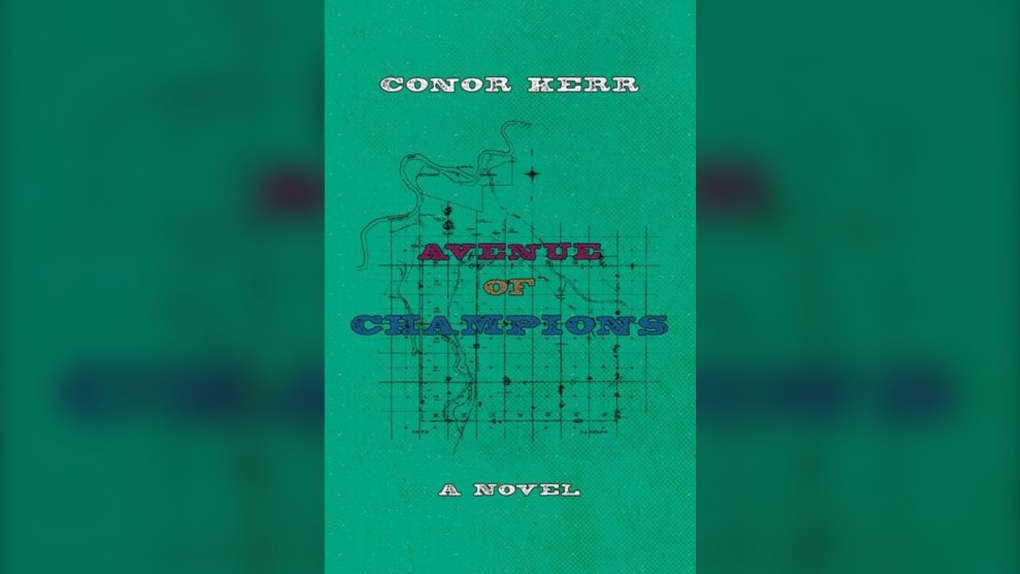 A debut novel titled Avenue of Champions from author Conor Kerr looks to connect readers with the Indigenous community in Edmonton.

The book's title references the alternative name for the 118 Avenue neighbourhood, an area where Kerr lived for three years while growing up. The Avenue of Champions name is inspired by the Edmonton Oilers teams that won five Stanley Cup championships within a seven-year span in the 1980s and early 1990s

“It's an area where a lot of Indigenous people liveâ€¦ It's also a place that was kind of overlooked by city development for years and years and years and years, and really became run down at one point but carried so much community, culture and community pride,” Kerr said in an interview with Windspeaker.com.

Kerr is descended from the Lac Ste. Anne and Fort des Prairies Métis communities and the Papaschase Cree Nation in Alberta. In the novel, Kerr documents the dissolution of the Papaschase First Nation in the late 19th century, and the ongoing attempts by the descendants to reclaim their land as well as their identity.

Released last weekend, Avenue of Champions tells a series of short stories told through the perspective of Daniel, a young Métis man going about life in the city.

Kerr investigates “the inherent connection of Indigenous Peoples to the land and the permanence of culture, language and ceremony as a form of resistance to displacement,” reads a description of the book.

“All facets and all the characters in here are fictionalized, but for example the 1/8 grandmother in the book 3/8 is based on my grandmother in a way, and her life experiences.”

A self-described Oilers fan, Kerr integrated many references to hockey throughout the book.

He said “there's a lot of inherent community stuff” built around the Oilers NHL club, and Kerr said he tried to include that in the novel.

One of the book's stories, titled "Skating Circles," documents Daniel's dream of being a radio play-by-play announcer, while his older brother Charlie played for the team

“I thought it was kind of funny for a 12-year-old to want to be doing that,” Kerr said.

But the book also tackles a number of serious themes, including racism, police encounters, foster care, as well as violence and substance abuse.

Avenue of Champions “refreshingly displays the reality of Edmonton's Indigenous youth trying to survive the child welfare system in a city that prides itself on being winners of everything from sport to industry,” author Norma Dunning wrote in a testimonial on the book's cover.

Kerr said he hopes readers will be able to connect to the characters and their experiences.

“Something that I really hope came through in a lot of these stories is that it might not necessarily be the best area, but the community and the people here make it a beautiful place,” Kerr said.

“People who grew up in the area, even though there was the sense of almost like abandonment to the area, really do love it.”

Kerr, who in 2020 earned a Master of Fine Arts degree from the University of British Columbia in Creative Writing, said it can be challenging at times to mix in historical events with fictional storylines.

Kerr said his storytelling style may differ from what readers are used to.

“I find it interesting with Indigenous writers to kind of have that separation because there's not a black and white fiction to nonfiction comparison in an Indigenous worldview. There's so much more nuance and overlap that exists in the way that we even portray our own oral storytelling and tradition,” Kerr said.

Avenue of Champions was released through independent publisher Harbour Publishing and is available now in stores across the country, as well as online.