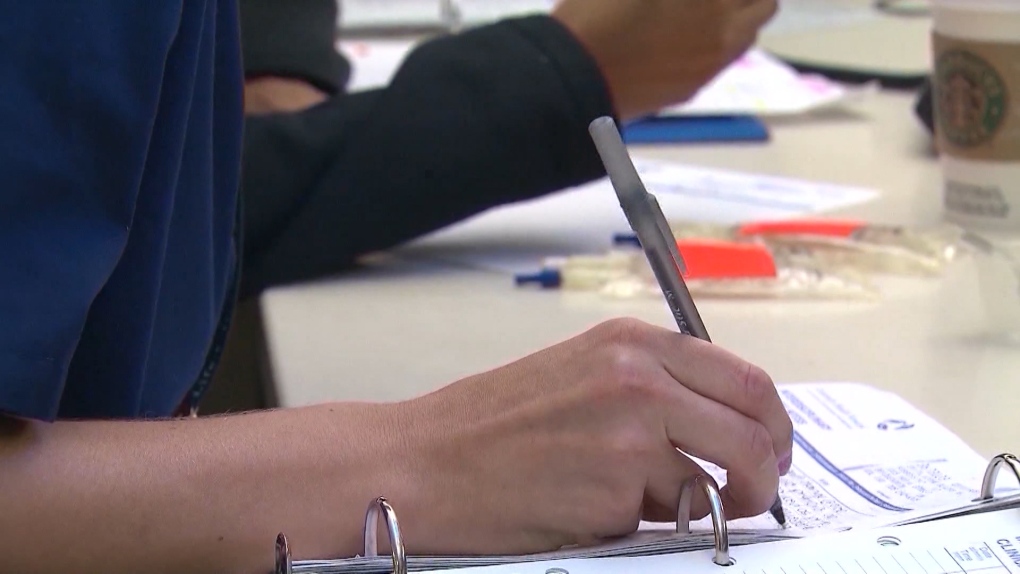 The United Nurses of Alberta says Alberta Health Services is trying to distract the public from a dire staffing situation in hospitals.

"I think what's happened is they got caught doing something that they're embarrassed that they were doing and so they're making up stories," said David Harrigan with United Nurses of Alberta (UNA).

Alberta Health Services (AHS) has filed an unfair labour practice complaint with the Alberta Labour Relations Board saying the UNA is falsely claiming registered nurses are being recruited through a third party Greenstaff Medical.

The UNA says ads posted by recruiters are publicly on display and it's reached out to AHS for clarification on what exactly is being misrepresented.

The United Nurses of Alberta says AHS has not yet responded.

"They are unable to staff the hospitals to the point that they're relying now on agency nurses," said Harrigan.

"And while they're doing that the agency nurses will be paid 55 to 70 dollars an hour, and AHS is saying to their current nurses we expect you to take a five per cent rollback. None of this makes any sense."

"Our goal is to always cover shifts by using existing staff, and to fill our vacancies in areas hard to recruit to by hiring qualified candidates rather than relying on agency nurses," an AHS statement said.

AHS says it is not exploring a contract with Greenstaff Medical and staff supplied by agencies are only used as a last resort to prevent disruption of services.

The UNA says AHS is also refusing to schedule a meeting with the labour board regarding the complaint before January.

In the statement AHS says that's not true, and it's prepared to meet at the earliest opportunity.